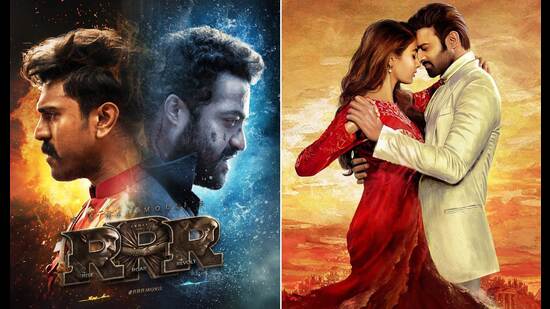 One of the most exciting developments in recent years has been the democratization of cinematic space. Bollywood’s monopoly on cinematic space, particularly in the Hindi heartland, has been shaken for the better. The boring world of Bollywood is about to come to an end. Appeasement, movie remakes, body shaming, poor storyline, awful direction, a lack of imagination, and superficial celebrity have all reached a breaking point.

By 2022, Bollywood’s mediocrity will have been exposed in the face of Bhartiya cinema’s genius. Because to the expansion of Bhartiya theatres, the movie business known as Bollywood, which has been plagued by cronyism and inferior talent, is suddenly facing an existential dilemma. All three movies the year’s top blockbusters are from Bhartiya theatres.

The triumph of Pushpa: The Rise, RRR, and KGF2 in 2022 has ushered in a new era in Bharat’s film industry. Bollywood, which used to have a monopoly on the Hindi film business, now looks to be playing second fiddle to the Telugu, Kannada, Malayalam, and Tamil film industries. The repercussions of such a massive shift are likely to have an impact on how the film business develops over the next decade or two. This will have an impact on how future generations of sensitive brains think and believe. It will also create a more competitive atmosphere where content reigns supreme.

The utter nonsense that Bollywood’s monopoly feeds the populace will no longer have a shot of financial success. These are encouraging signals for the future. However, the question of what caused this paradigm change must be addressed. Another point that has to be answered is how Bharatiya film has gained such popularity across the country. Let’s take a look at each of these difficulties separately.

Bollywood has essentially devolved into a remake business. There isn’t much unique stuff to be found. The material presented is rarely attractive to the general public. Whatever original material the industry produces on a regular basis is generally driven by awakened agendas. In Bollywood, there is very little representation of Bhartiya Samskriti. The gap between what consumers desire and what Bollywood provides is wide. When we look at Bollywood’s material, we can see that the bulk of it is either inspired or copied. Over the last decade or two, as more and more remakes of regional Bhartiya film have been commercially successful, Bollywood’s uniqueness of content has taken a hit.