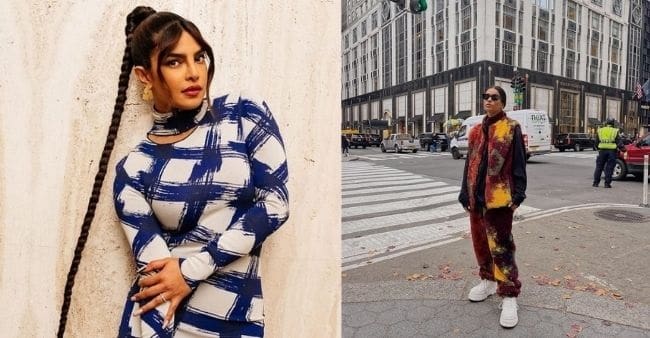 Priyanka Chopra reacted to YouTuber Lilly Singh serving golgappa shots at her Indian restaurant Sona in New York, which are modelled by the street food. Lilly shared a video of her visit to Priyanka Chopra’s restaurant on Instagram Stories.

The restaurant’s menu was on the table next to a platter of golgappas and liquid-filled shot glasses in the first photo posted by Lilly Singh. Along with the shot, she put a ‘delicious’ sticker.

Lilly also tweeted a video of herself shooting golgappas. She could be seen nodding her head and relishing the puri as she put it in her mouth. She gave the meal a perfect score of ten out of ten and tagged both the restaurant and Priyanka.

“Khaaaa beta (Have it, guy),” Priyanka captioned the video on her Instagram Stories. She then added a number of emojis, including heart-eyes, folded hands, and a red heart, to Lilly’s post.

Priyanka had gone to the restaurant with her companions earlier on Tuesday night. She posed for photos and videos with them, and they all ate a variety of meals. She also dined with her in-laws, Paul Kevin Jonas Sr. and Denise Jonas, the parents of musician Nick Jonas.

Following the completion of the production for the new Amazon series Citadel, Priyanka travelled to the United States. Richard Madden and Roland Moller star in this multi-series franchise. Russo Brothers is the show’s executive producer.

She posted a series of images on Instagram earlier this week. “It’s the end of the #Citadel saga. Phew, it’s been a year of performing the most rigorous work at the most intense time. Without this great group of people, it would not have been possible. Some of them are visible here, while others are not. It’s been difficult, but once you see it, it’ll all be worth it! @amazonstudios, keep moving forward! “She had written a caption for her post.

In the United States, Priyanka will next be seen in The Matrix Resurrections, which will be released on December 22. Lana Wachowski directed the picture, which also stars Keanu Reeves and Carrie-Anne Moss.

Priyanka Chopra talked about how she acquired the part in the film on the 100th edition of Red Table Talk. She was reported in People magazine as stating, “I vividly recall the release of the first Matrix. I was 16 years old at the time. In terms of the topics and themes it touched on in terms of awareness and reality, I recall how it altered civilization. So, I was in India filming something when I got the phone from my agency, and they said, ‘Oh, [director] Lana [Wachowski] wants to meet you tomorrow in San Francisco.’ I got in my car and headed to the airport. ‘Sure!’ I spoke. Whatever it takes to obtain the chance to work with all of you, it’s a tremendous honour and privilege.”