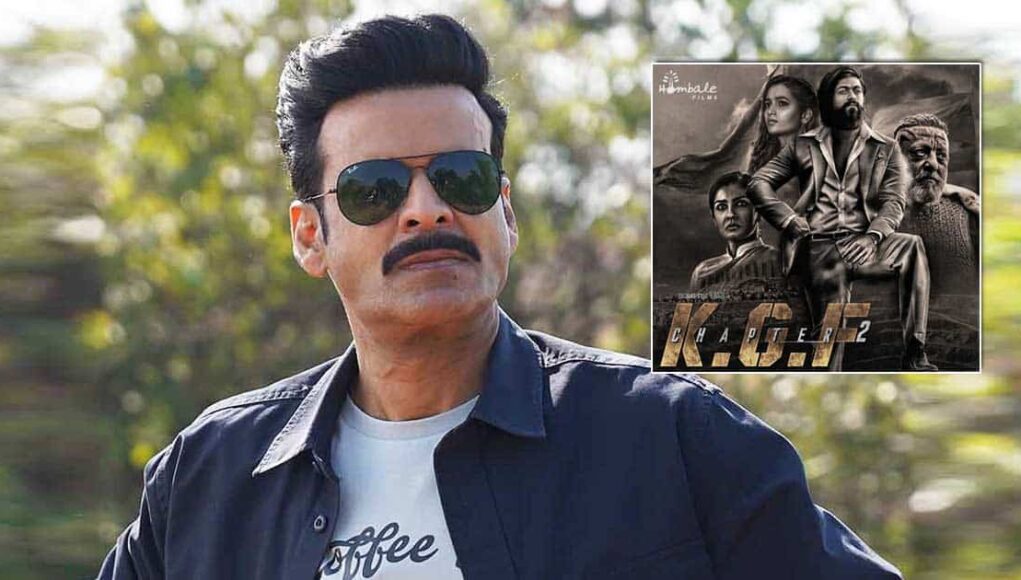 Actor Manoj Bajpayee is the latest celebrity from Bollywood to admit how the success of films from the south has influenced those in Bollywood. The success of films like KGF: Chapter 2, RRR, and Pushpa: The Rise, according to the actor, has “sent a shudder down the spine” of Bollywood producers. The actor also discussed what distinguishes these flicks from their Bollywood equivalents.

Allu Arjun’s Telugu film Pushpa: The Rise established the trend of south films dominating the Hindi belt in the post-pandemic era. The Hindi-dubbed version of the film grossed 106 crore rupees. If that wasn’t enough, SS Rajamouli’s Kannada film KGF: Chapter 2 starring RRR and Yash set new ground. Both films’ Hindi versions have made over 300 crores apiece and are still in theatres. Many celebrities in Bollywood, including filmmaker Ram Gopal Varma, have expressed their displeasure with this.

Manoj Bajpayee told the Delhi Times about the popularity of these south films: “Itni blockbuster ho rahi hai (there are so many blockbusters) …forget about Manoj Bajpayee and the likes of me for a moment, it has sent shivers down the spines of all mainstream filmmakers in Mumbai. They have no idea where to search.”

Manoj went on to explain why a Hindi-dubbed KGF 2 or RRR can gross over 300 crores in India, whereas big-budget Hindi films like Sooryavanshi struggle to make even 200 crores. The success of these films, according to the actor, has a lesson for Bollywood, which they must learn swiftly. “They are unapologetically enthusiastic, and they take every shot as if it were the finest shot in the world… They make a picture the way they want it to be made; they don’t dumb it down for the audience because they value their audience and their passion is unrivalled. If you look at the creation of Pushpa, RRR, or KGF, it’s perfect. Every frame is shot as though it were a life-or-death situation. This is what we are lacking. We began to consider mainstream films solely in terms of money and box office receipts. We are unable to criticize ourselves. As a result, we refer to them as ‘alag’ (different). It is, nevertheless, a lesson. This is a lesson on how to produce popular filmmaking for Mumbai’s mainstream filmmakers.”