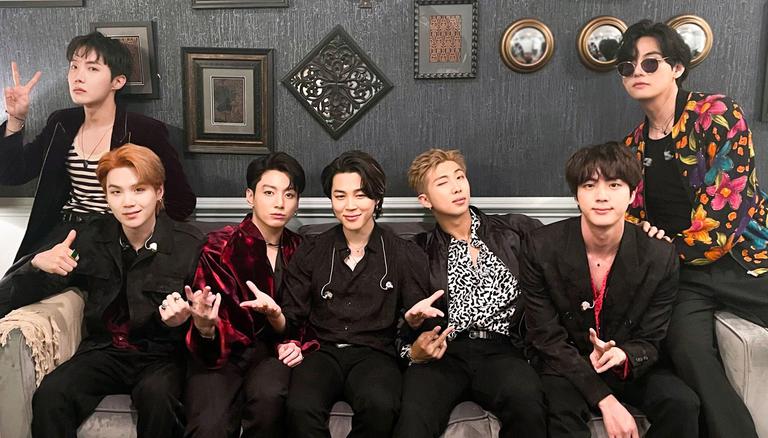 BTS, a South Korean boy band, is one of the world’s most successful singing groups. In no time, the band had taken the entire globe by storm with their eccentric movements and chart-topping singles. They handed free some record-breaking tunes and music videos this year, and will soon be reunited for an interactive session at YouTube Escape 2021. YouTube created some interesting new avatars for all seven members of the band ahead of the occasion.

YouTube just debuted some stunning avatars of BTS members: RM, Jin, Jimin, Suga, J-Hope, V, and Jungkook via their official social media handles. The video-sharing platform’s avatars were inspired by the video game series Minecraft. The BTS ARMY was overjoyed to meet their favourite performers and voiced their enthusiasm for YouTube Escape 2021.

YouTube certainly knows how to conclude a year on a high note. The video-sharing site will bid farewell to 2021 by commemorating all of the year’s record-breakers. To commemorate the year, the platform is conducting a unique live stream interactive event called ESCAPE 2021. It will take place on the 16th and 17th of December, 2021. The event serves as a stand-in for YouTube Rewind. The site used to close the year by producing a video that featured all of the year’s viral trends and prominent content creators. This year, the platform went above and above, planning a whole event with interactive sessions with the creators.

The South Korean band revealed their participation in YouTube’s New Year’s Eve event around a day ago. The news was made on the team’s Twitter account. “BTS is ready for ESCAPE2021, an interactive experience live streaming on @YouTube,” they added, sharing the event’s website. They also invited their supporters to join them. The band, which never forgets their ARMY fan base, also promised a surprise during the occasion. YouTube just stated that and will feature in a different form in the event’s conclusion.

Meanwhile, the band is now on hiatus. Following their performances in Los Angeles, the band took a little vacation to spend the holiday season with their family. According to a statement made by Big Hit Music, the members had not spent the holidays with their families since their debut.