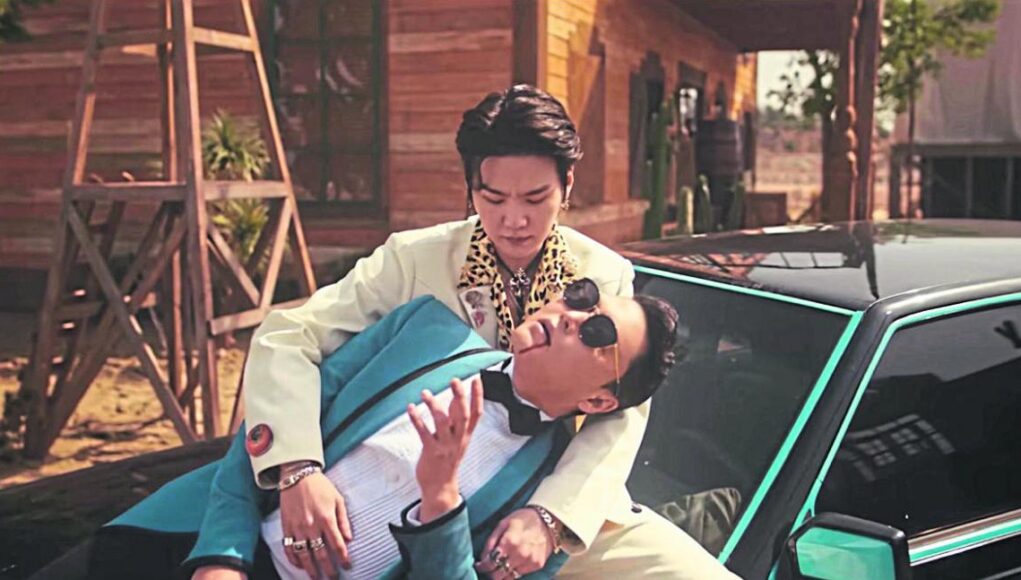 BTS is known for their outstanding collaboration, but their individual brilliance is equally recognised. While fans wait for their new album, which will be released on June 10, two members of the band, Suga and Jimin, collaborated on successful songs with other artists.

Psy released his breakthrough track Gangnam Style in 2012, before BTS became the world’s largest boy band. With its horse-riding dance routine, Gangnam Style became a global smash. Fans were ecstatic when Psy and Suga linked together. Suga wrote, orchestrated, and produced That That, the first track from Psy’s newest album 9th.

Psy and Suga dress up as cowboys and dance according to an infectious beat in a western environment in the music video for That That. In only one day, That That’s music video had over 30 million views. As part of a TikTok Dance Challenge, the choreography went viral as well.

The song pairs Jimin’s sweet voice with Ha Sung-soothing woon’s vocals. Their song’s harmony is enthralling. They may get along because they are great friends. As a result, With You debuted at the top of the iTunes list in 100 countries across the world, including the United States.

BTS fans are furious after V and Jungkook’s real names and birthdays appear on a K-drama death list.

BTS: Ha Sung Woon, Jimin’s buddy, explains how the singer accepted to be a part of Our Blues with You, his debut K-drama OST