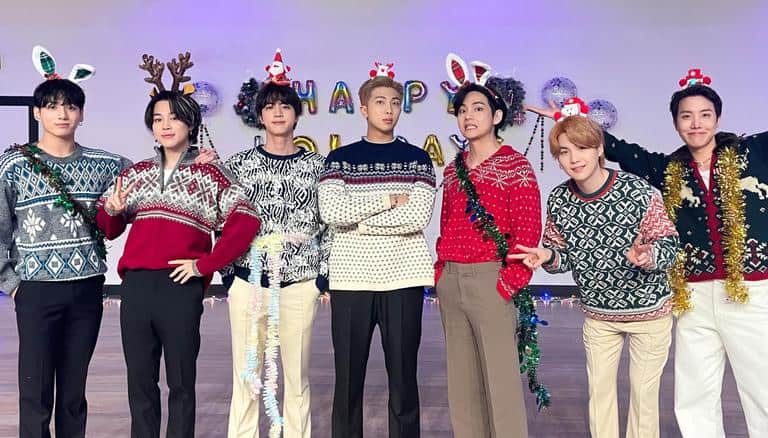 BTS, a South Korean boy band, has one of the largest fan communities in the world, known as the BTS fan ARMY. With their songs and dancing movements, the band has taken the world by storm, and the ARMY adores them. BTS, who also adores the ARMY, has a special treat in store for them as the new year approaches. Here’s what the band has planned for ARMY in the coming year.

The boy band’s official Twitter account just revealed the band’s surprise for the ARMY. “Artist-made collection by BTS,” they said on a banner. The band has officially stated that they will be launching their own merchandise, which will be designed by each member individually. “We designed stuff that we want to use along with ARMY to express our distinct interests,” the post stated. “What sort of items were born after more than a year’s arduous journey?” the members wrote after asking the ARMY about the things they desire. This is BTS’s New Year’s surprise for ARMY.

In addition, the band announced their January 2022 tour schedule. Each band member has been given four days to release their merchandise. Each member will reveal their merch style photo on the first day of each schedule. It will be followed by an Artist-Made Collection exhibition, retail sneak peeks, and each member’s take on the creating of Log. Finally, the member will unveil their merchandise. Jin, RM, V, Suga, Jimin, J-Hope, and Jungkook will release their goods in the following order: Jin, RM, V, Suga, Jimin, J-Hope, and Jungkook.

BTS’s Permission to Dance on Stage event in Los Angeles was their most recent live performance. With their four-day concerts, the members wrote history, and the crowd adored them. The band declared a short hiatus for the holidays shortly after the gigs. Since their debut, their management business reported that the band had not spent the holidays with their families. Despite the fact that they were on hiatus, BTS managed to surprise the ARMY. To be even closer to the ARMY, they launched their own Instagram profiles. Fans are currently anticipating the band’s return in 2022.