WhizBliz
Home K-Content ARMYs React to BTS’ V Appearing on the Soundtrack of K-Drama Our... 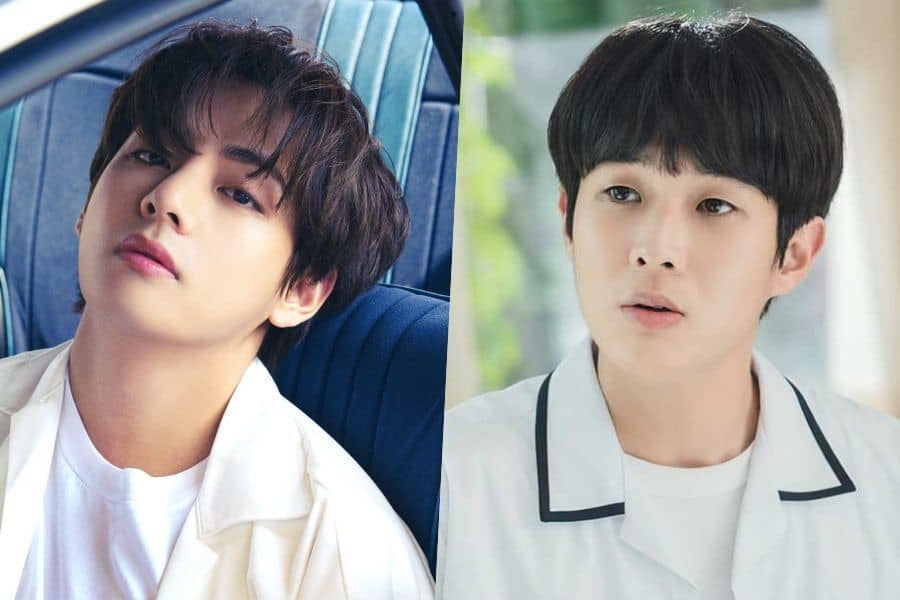 Korean drama OSTs (original soundtracks) were treated to a nice surprise when BTS member Kim Taehyung aka V’s melodic voice was heard in the pilot episode of Our Beloved Summer. Choi Woo Shik, V’s buddy, and actress Kim Da-mi feature in the latest Korean drama, which is currently available on Netflix. In the latest drama, Woo Shik, who appeared in the Academy Award-winning film Parasite, plays a recluse artist.

V and Woo Shik are close friends and members of the Wooga squad, which also includes actors Park Seo Joon, Park Hyung Sik, and singer Peakboy from the Korean entertainment business. During the first episode of Our Beloved Summer on Monday, fans received a taste of V’s song, Our Summer (Christmas Tree)!

When Woo Shik’s character was introduced in the drama, the song was performed. Hyung-sik posted a clip from the show on his Instagram account. Hyung-sik tweeted video from the first episode and the name of the song sang by the BTS vocalist in the comment, expressing his support for his two buddies.

Our Beloved Summer tells the story of two high school classmates who fall in love and then part ways for various reasons. The first episode depicted how the two high school classmates’ lives have altered over the course of a decade and how far they have progressed. Da-mi previously collaborated with Woo Shik in the 2018 film ‘The Witch: Part 1. The Subversion.’ In the 2020 K-drama Itaewon Class, the 26-year-old actress collaborated with another member of the Wooga Squad, Seo Joon.

V, a member of BTS, also sang an OST for the drama named Sweet Night. The show’s soundtrack, sung by V, has broken several records.

Sweet Night, according to Koreaboo, reached No. 1 on iTunes in 87 countries, shattering PSY’s eight-year record of No. 1 in 86 countries.