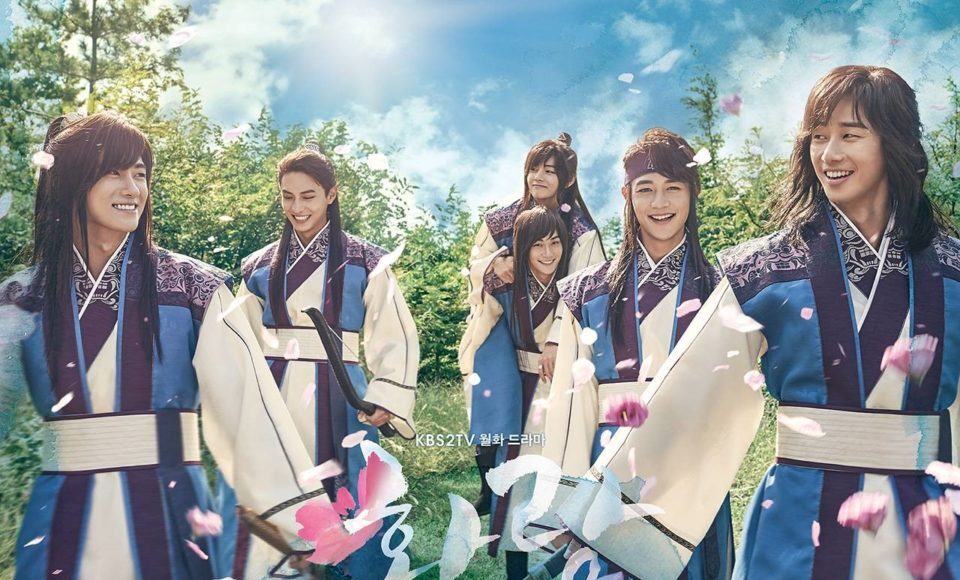 It’s hardly surprising that I adore Hwarang. This historical coming-of-age love K-drama was launched in 2016 and has received a lot of praise since then. The Flowering Knights — a group of incredibly gorgeous men – explore their passion, friendship, and love during the turmoil of the Silla dynasty (a monarchy in the southern and central sections of Korea from 57 BC to AD 935).

Jiso, the overbearing ruling queen of Silla, intends to build Hwarang, an elite military army, in order to destabilise the strong aristocracy, maintain power, and defend her son. The young males form a group.

The abundance of attractive performers is the show’s main selling feature. Kim Sooho (SHINee’s Choi Minho), Do Jihan (Park Banryu), Jo Yoonwoo (Kim Yeowool), and the most gorgeous Seok Hansung (Kim Taehyung aka V from BTS) are all visual delights onscreen with the stars. Hwarang’s idea is clear, with a wonderful combination of comedy, action, adventure, love triangle, political intrigue, and everything in between. Watch this fascinating film of the Hwarang lads openly shot in a promotional picture session, exposing how they connected on set, what went on behind the scenes of Hwarang, and how their on-screen kinfolk evolved into real-life friendship and fraternity. It’s a nice interview that takes us back to joyful childhood memories.

Because of its original soundtracks, Hwarang’s story acquired even more attention. BTS’ V and Jin’s “It’s Definitely You,” also known as “Even if I Die It’s You,” are among the tracks on the playlist. The characters’ desire is represented by the cheerful theme tune, while the lyrics depict the lover’s confessions, longing, and despair — “Your icy sighs/ Fall upon my heart/ Like a slowly fading flower/ This awful love, because of you/ I can’t move even though I’m hurt/ Even if I die, it will undoubtedly be you/ My heart is filled with sadness without you/ To me, that’s who you are/ It’s simply dark hell.”

The vivid distinctive tonal features of the two vocalists are what make the love song wonderful. Because of the combination of V’s great baritone voice and Jin pounding out the perfect notes, the song has a lot of finesse. It’s a lovely song with a refreshing vibe that’s the ideal complement to Hwarang’s amazing graphics. Check out V and Jin’s stage performance of “It’s Definitely You” below, as well as the other Hwarang OSTs.

Most K-drama fans, I’m sure, have already seen this series. But, if you haven’t already, I strongly advise you to do so. Hwarang is an excellent choice for a weekend binge-watch. This lighthearted rom-com is a welcome change from the genre’s more complex, serious, and sad counterparts. It is both enjoyable and instructive while also being fascinating, interesting, and engaging. It describes the Hwarang men’s roots, which can be traced back to King Jinheung’s reign, when they joined the Silla forces to be trained as fighters in order to safeguard their realm with dignity and integrity.