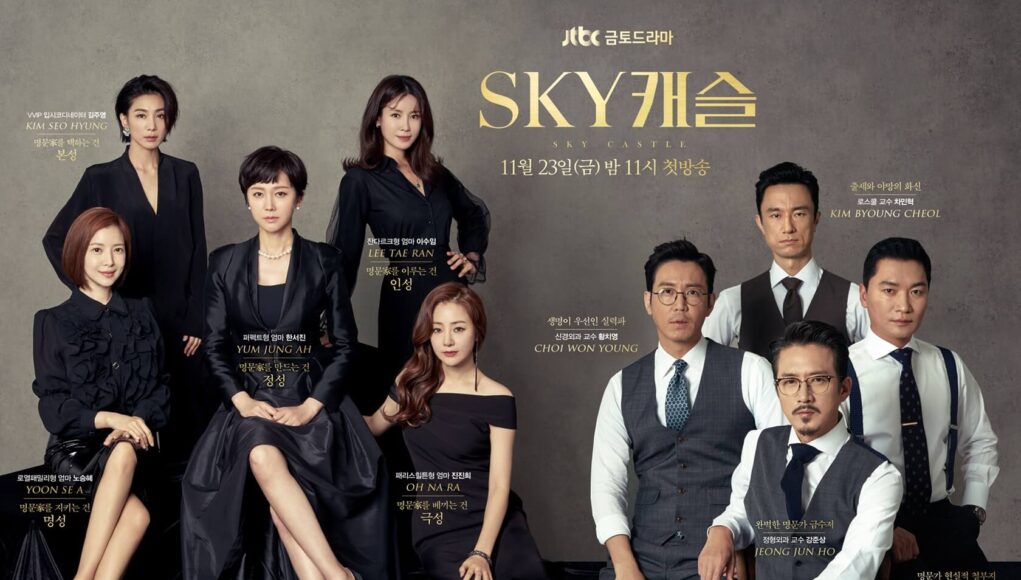 When I originally saw this drama, I was blown away, and I recently rewatched it and appreciated it once again. I had no expectations when I initially started watching this drama, but within a few episodes, I had entirely changed my view. I had no idea at the time that this drama had won several accolades and was one of the most popular and anticipated in Korea at the time of its premiere. Even though I recognized several narrative details from the prior viewing, it managed to keep me interested. That’s how fantastic it was. Sky Castle is a dark satire film about upper-class families’ lives, motives, and greed, and how it all came down to academia. While the drama revolves on these four rich families, it is centered on four ladies who are the stars of the show and are in charge of everything.

Han Seo Jin, the wife of a high-profile doctor, is the main character. Her objective is to get her eldest daughter into Seoul National University, one of Korea’s most prominent institutions. Her family may appear to be flawless on the surface, but there are various flaws that others are unaware of. Then there’s Seo jin’s closest friend and right hand, Jin Jin hee, who isn’t quite as polished as her but aspires to be. She has a lot of respect for Seo Jin and follows her judgments. She aspires to send her son to SNU as well. Along with them, there’s No Seung hee, the most elegant wife of a law professor.

We have Lee Soo, an author from a modest background, who stands in stark contrast to these ladies. Her family isn’t used to living in luxury, so relocating to the wealthy Sky Castle neighborhood is a new experience for them. Because of their humble origins, all the other families used to look down on them. Kim Jooyoung, the children’s instructor and also a university coordinator who handles kids’ academics and portfolios in order to get them into the top institutions, is the last crucial lady.