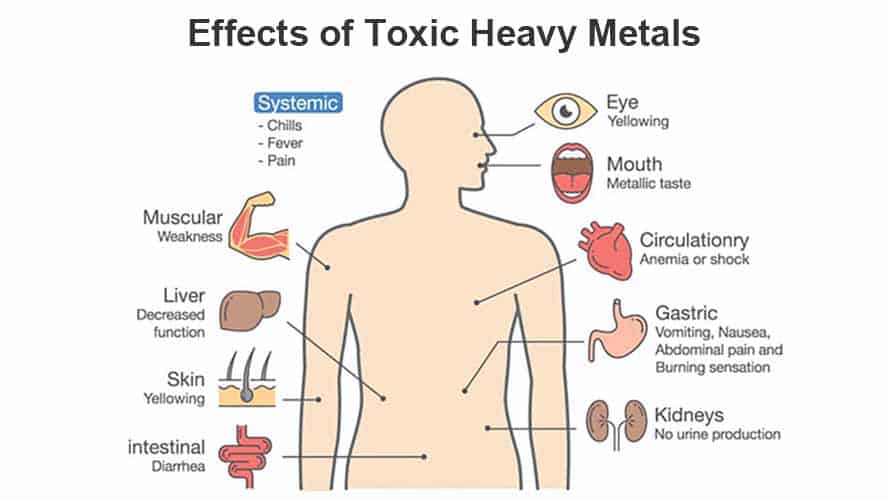 Atherosclerosis, the plaque formation in the arteries that may lead to strokes and heart attacks, may be increased in those exposed to even low amounts of some hazardous metals.

Big research in Spain looked at the effects of toxic metals on heart health in middle-aged workers (97 percent of whom were men) working in an auto body plant. The findings revealed that hazardous metals such as arsenic, cadmium, and titanium increased the chance of cardiac problems. Tobacco, food, and water include arsenic and cadmium, whereas titanium is usually found in dental and orthopaedic implants, pacemaker encasings, cosmetic goods, and select foods.

Rather than looking at how toxic metals influence the main arteries in the neck, researchers focused on artery hardening that occurs before symptoms appear. According to study co-author Maria Tellez-Plaza, MD, a senior scientist at the National Centre for Epidemiology, Instituto de Salud Carlos III in Madrid, Spain, by looking at multiple areas, the researchers were able to “accomplish an earlier and better risk assessment of environmental-related cardiovascular disease.”

The findings backed up earlier research associating arsenic and cadmium to heart and blood vessel problems, and they added titanium to the list of possible risk factors.

According to Aruni Bhatnagar, PhD, director of the Christina Lee Brown Envirome Institute/American Heart Association Tobacco Regulation Centre at the University of Louisville, “titanium was the fascinating element that hadn’t been [examined] previously.” “The major significance of this research is that they were able to assess all of these metals and determine which ones were more likely to be linked.”

Further testing in women and the general public is needed, according to researchers, to discover the sources of possible hazardous metal exposure. They also point out that current cadmium, arsenic, and other metals environmental, occupational, and food safety requirements may not be sufficient to protect individuals from metal-related health concerns.

Doctors, according to Tellez-Plaza, can help patients monitor their metal concentrations through blood and urine testing and empower them to take action to safeguard themselves.

“If pollution is high outdoors, one method is to lock the windows in the house and automobiles, [and] strolling through green places is also useful,” she explains. “Finally, it’s critical to quit smoking and safeguard passive smokers from second-hand smoke.”