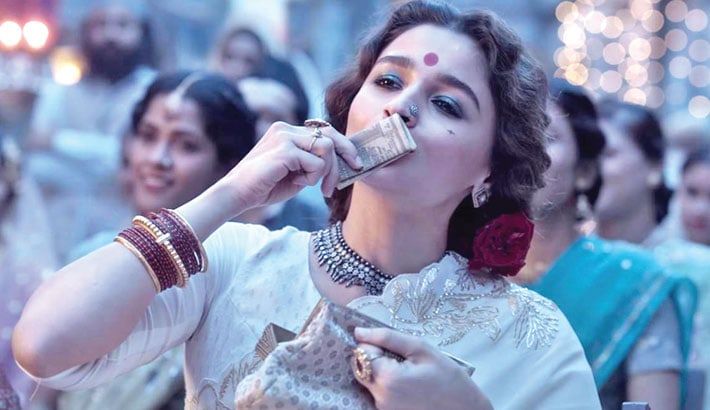 Gangubai Kathiawadi, directed by Sanjay Leela Bhansali, will be available on Netflix on April 26th, two months after its theatrical debut. At the box office, Alia Bhatt’s film grossed close to Rs. 130 crores.

That be true, Gangubai Kathiawadi is one of the few recent films to keep the eight-week buffer between theatrical and OTT distribution. As theatres were closed indefinitely due to the covid-19 outbreak, numerous films bypassed the theatrical format and instead released straight on streaming sites.

Most producers insist on debuting their films digitally within four weeks of reopening in order to make better arrangements with OTT platforms that would help them offset the losses or reduced earnings from cinemas, which in many places are still operating with restricted occupancies and curfews.

Before the third covid wave, industry experts predicted that the strong box office collections of Diwali releases, combined with a drop in covid-19 cases, would lead to smooth theatrical operations in the coming months, with Bollywood returning to the original six to eight-week window for OTT (over-the-top) release of its films, by March or April.
For the time being, the same has been postponed. While studios such as Yash Raj Films have already signed such deals for big-budget films starring Shah Rukh Khan and Salman Khan set for release in the second half of next year, theatres are confident that others will follow once the period of uncertainty surrounding the return of audiences has passed.

According to trade experts, when the theatrical ecosystem reopens, it is critical to recognise that both exhibitors and producers are financially pressured and have experienced losses that are not just monetary but also in terms of opportunity costs and postponed timetables for various projects.

When and where can you see Soumitra Chatterjee’s final film, Belashuru, on OTT?

Panchayat Season 2 has the fans glued to the television over the weekend.