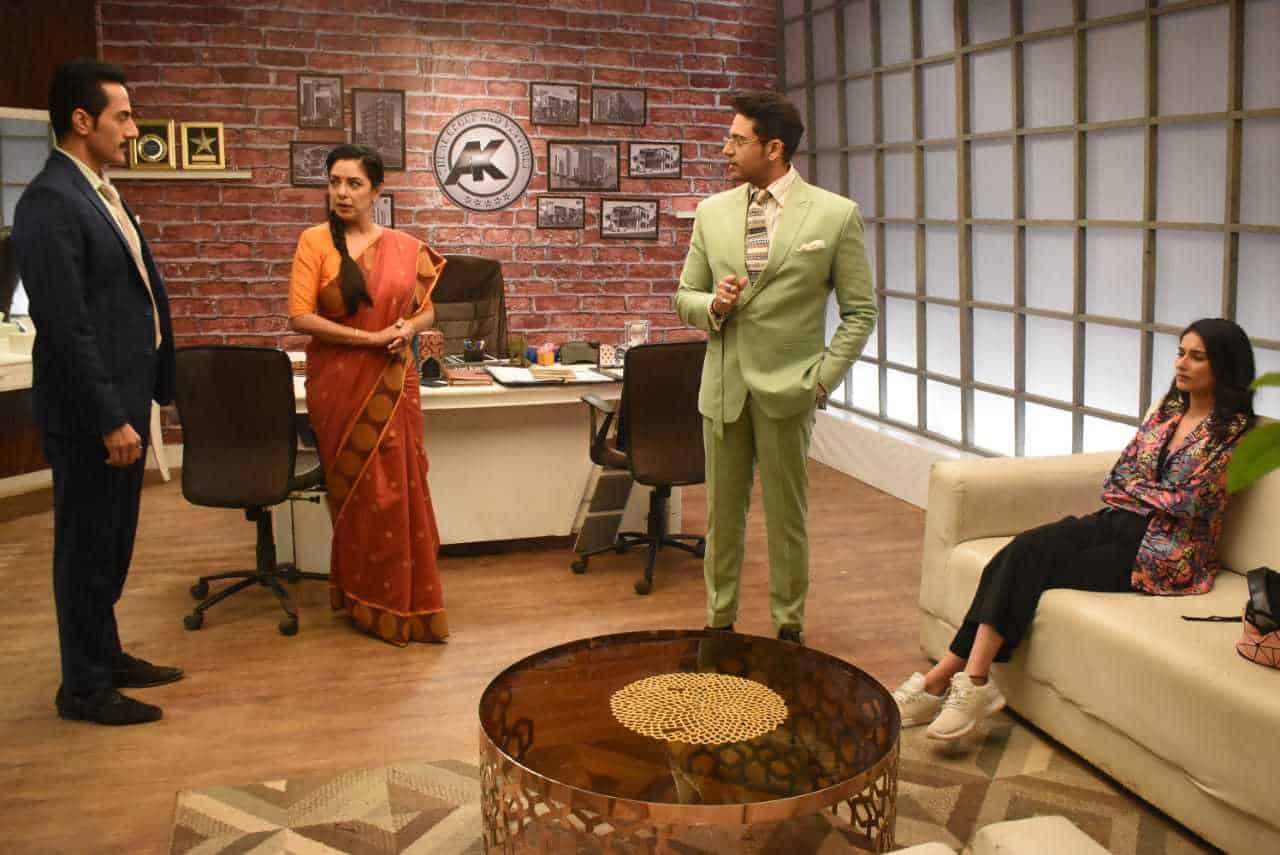 In the Monday episode of Rajan and Deepa Shahi’s “Anupamaa” we see that Anupamaa asks Anuj if Malvika has a problem with her. Anuj tells her that she got angry because he complimented Anupamaa’s pancake. Anupamaa tells him that Malvika is very innocent and childish and to ignore that.

Meanwhile, at the Shah house Vanraj and Malvika are discussing their restaurants. They argue over the cuisine and it turns into a fight where Vanraj tells her to leave. Kavya gets happy seeing this. Malvika and Vanraj then try to come to  a decision by playing ludo and Malvika loses. She transfers Rs. 50 lakhs in the company’s account and tells Vanraj that they are done for the day. The Shahs are shocked to see this and Vanraj tells them that it’s very normal for them to fight like that and forget about it in no time. Malvika then asks Toshu to join them in their business and asks the family to take care of the cafe.

At the same time, Anuj and Anupamaa are in their office and Anuj tells her that if Malvika was working with him, then he could have guided her in a better way. Anupamaa asks him if he feels Malvika has chosen a wrong partner to do business with.

In the upcoming episode, we will see that Malvika tells Anuj that she has transferred Rs. 50 lakhs in her company’s account. Anuj asks her why she did so without even consulting him. Malvika asks him if he has a problem because she is in a partnership with Vanraj. Vanraj too asks Anuj if that is the problem. What will Anuj reply? To know what happens next, keep watching “Anupamaa”.