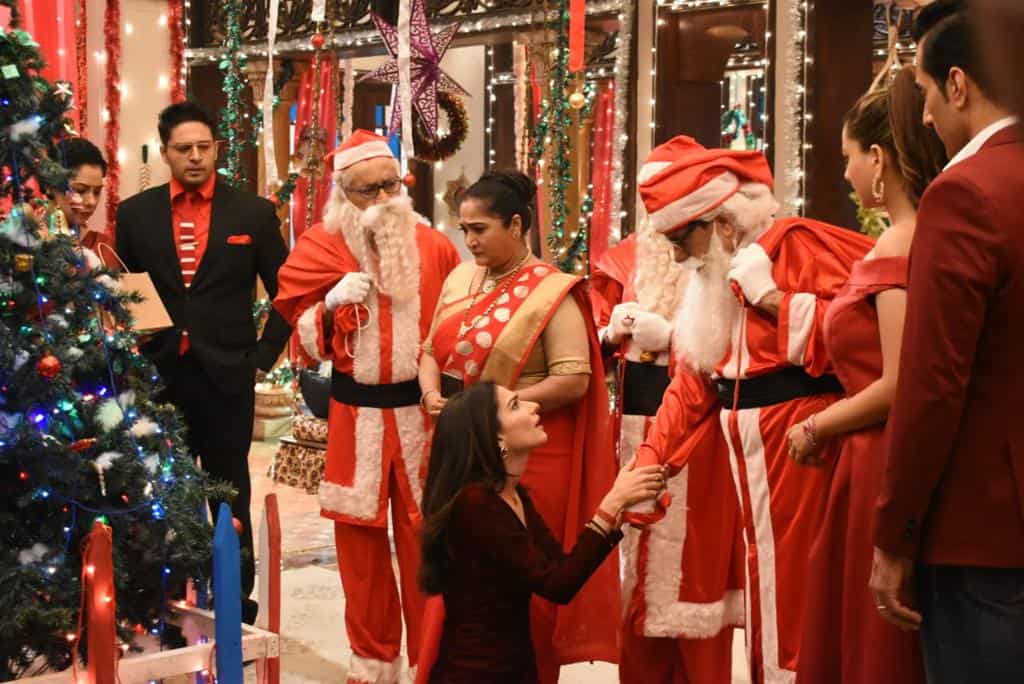 Malvika of Rajan and Deepa Shahi’s “Anupamaa” is keeping the Shahs entertained with her funny antics. When Kavya stopped her from putting a star on top of the Christmas party she faked that she was angry, but soon burst out laughing. Seeing her behaviour, Kavya calls her crazy, but Malvika doesn’t mind.

Later, Malvika thanked Vanraj for getting her the place which she wanted for their restaurant. Kavya interrupts their conversation and seeing her Malvika asks Vanraj why she is always so doubtful.

In the evening, the Shahs gather for the Christmas celebration and both Bapuji and Mamaji come dressed as Santa. To their surprise GK too was dressed as Santa. Later, when Anuj and Anupamaa come, Malvika tells them that they have won the best dressed couple’s award. And then she does the unexpected. She asks Bapuji to get Anuj and Anupamaa married. Bapuji tells her that it’s not the right time to talk about this. Anupamaa tells Malvika that it’s enough and the latter gets angry. But Anupamaa manages to cheer her up.

In the upcoming episodes we will see that Bapuji and GK tell Anupamaa that they want her to agree to what Malvika asked for. They want her to marry Anuj. Later, Anuj and Anupamaa share a sweet moment where he tells her that she already has his heart. Will Anupamaa confess her love? To know what happens next, keep watching “Anupamaa”.