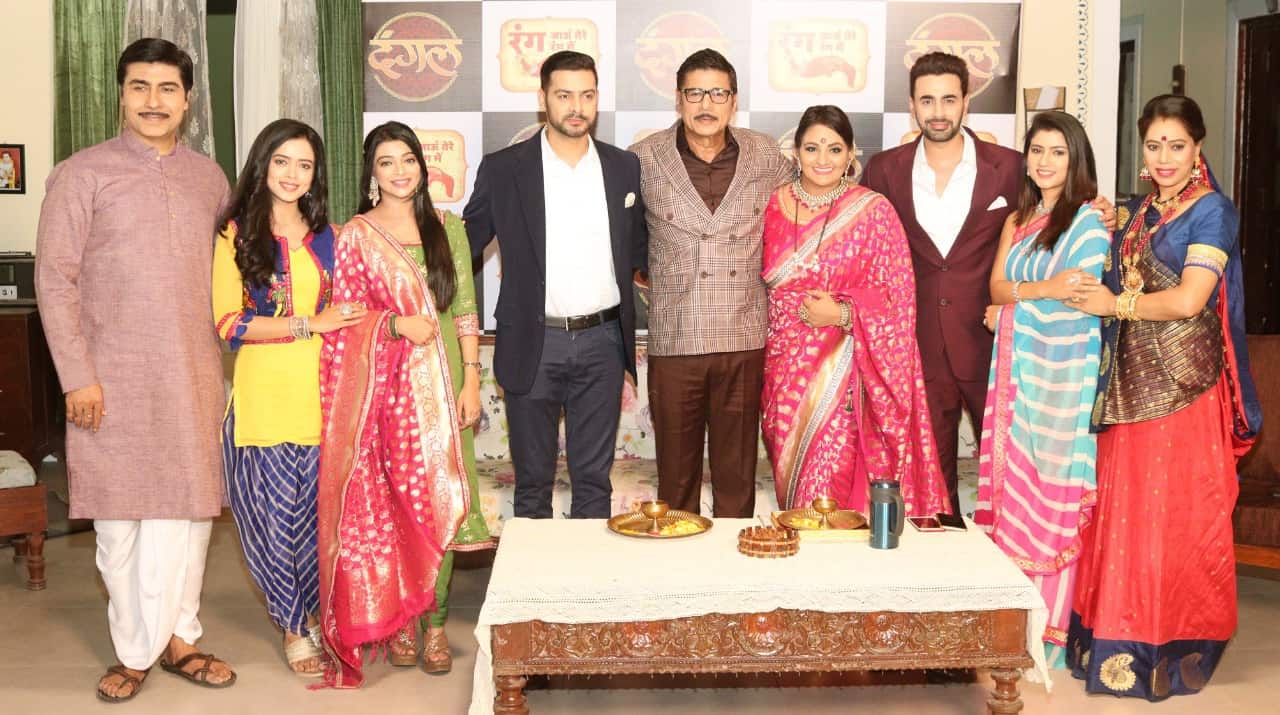 On January 3rd, 2022, famous GEC Dangal TV will premiere a new show called “Rang Jaun Tere Rang Mein,” which will kick off the new year with a bang.

The narrative of the rich Pandey family of Lucknow and the comparably destitute Chaubey family of Azamgarh is told in Rang Jaun Tere Rang Mein. The plot of this show is based on random events in which kismet plays a significant part. Both of these families are looking for a match for their children, and as luck would have it, they find it in one other’s houses. Everything appears to be going well until a chance encounter with destiny alters the lives of two families forever, and establishes the plot of the play. You’ll have to wait until January 3 to find out what’s written in these two family members’ fates.

“The pillar of this (Pandey) family is Kashinath Pandey,” Sudesh Berry, who plays a pivotal part in the programme, stated during the press conference. The show will keep the audience interested with its many ups and downs, turns and twists. We want to not only amuse the audience but also send a message to society through Dangal TV.”

Dhani Choubey is a cracker of a girl, according to Megha Ray. She is outgoing and carefree, the polar opposite of her reserved elder sister. She will never be afraid to speak her thoughts or stand up for her family, but she would never injure someone on purpose.”

I portray Dhruv Pandey in the programme, and my role is very different from who I am in real life, according to Karam Rajpal. In real life, I am a really lively and chatty person, but in the programme, I am much calmer. Dhruv has a good understanding of things, although he doesn’t say much. His family likes him since he is a simple lad who is a devoted son. His life’s ambition is to grow the Pandey electronics company, which is his family’s business. But it’s not as if he wants to achieve everything on his own; in the Pandey family, one person’s success is everyone’s success. I believe our presentation will be well received by the audience.

‘I’m portraying Shrishti Choubey, and my character is a nice and simple girl who is really calm and controlled,’ Ketki Kadam remarked. In the house, she is also everyone’s favourite. She’s the girl down the street who prays first thing in the morning. Everyone adores her, and she enjoys looking after them. Her closeness with her sister and other family members is contagious and realistic, and I am confident that the audience will love seeing my family and the bond we have on television.

“I play the part of a cheerful yet simple daughter-in-law,” Diksha Dhami, who plays Pooja Pandey, remarked. She adores her in-laws so much that she hasn’t seen them in at least two years.”

“He is playing the part of Abhishek Pandey, Sudesh Berry’s eldest son, who is a very responsible lad and is overseeing the family company in the programme,” Udit Shukla added.

Meena Mir, who plays Kashinath Pandey’s sister and Abhishek and Dhruv’s aunt, described herself as a wonderful aunt. She adores her brother and nephews, and she and her sister-in-law get along swimmingly. This is the type of family member that keeps everyone connected.

“My character is such that I love to dress up,” Urvashi Upadhyay, who plays Dhruv’s mother Rupa Pandey, remarked. I spend a lot of money, and all I want to do is have fun.”

“We at Dangal TV have a tremendous knowledge of our audience and know the sort of programming that keeps them interested,” Manish Singhal, MD, Dangal TV, said of Rang Jaun Tere Rang Mein. Rang Jaun Tere Rang Mein is a social drama that is deeply based in the marital custom. It is more about two families coming together than two people. And that is the most important glue that holds this institution together in our lovely country, creating a magical potion that will hold the audience’s attention.”