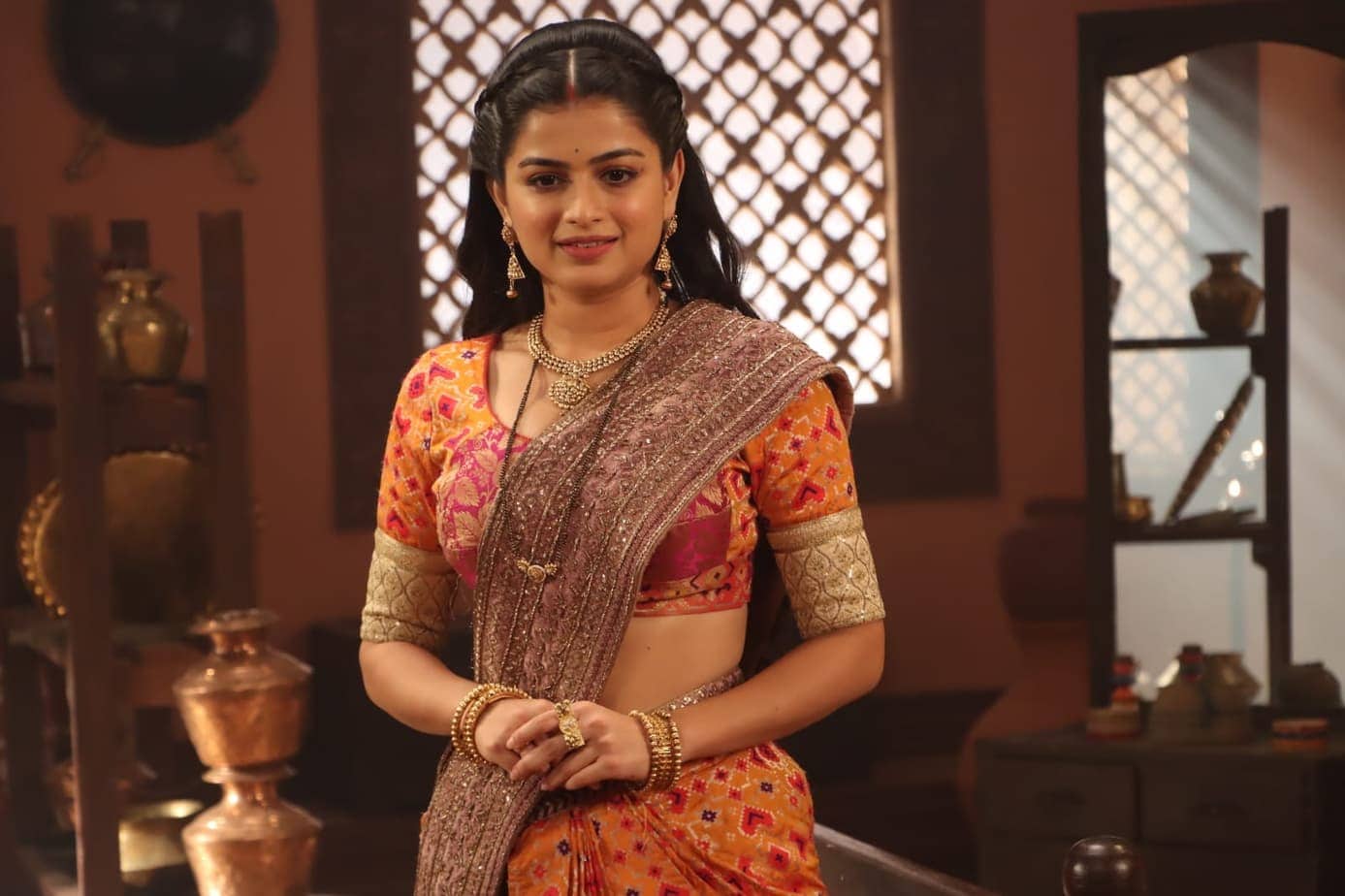 Kalyani of Subrat Sinha and Dr. Bodhisattva’s “Vidrohi” is trying to keep Radha safe in Baxi’s absence. But she knows that it’s not just Radha who needs to be protected. She heard Gadadhar and Amba talk about the kiledaar’s wife and son too, and wants to protect them as well.

She tells a riddle to Swarna which Gadadhar hears and he feels that she has let the kiledaar’s wife and his son escape. He immediately leaves to check them and finds them there. Kalyani follows him and finds them locked in a room. Once Gadadhar leaves, she brings food for them and helps them escape.

While Gadadhar is busy looking for them, Kalyani dresses as a sevika and goes to Radha’s room. She finds Panthara talking about Baxi leaving his pregnant wife at home because of Kalyani. She tells her that he is not worried about Radha and is only trying to give justice to Kalyani. But Swarna dismisses her accusations saying Baxi left because he wanted to be fair, if he had stayed there then Radha would have called him biased. Later, Swarna asks Panthara if she will be able to accept Kalyani if she proves her innocence.

In the upcoming episode, we will see that Gadadhar executes his plan of killing Radha. He sends a poisonous saree for her to wear, but Kalyani gets to know about it. She tries to remove it, but gets caught. How will she explain herself? To know what happens next, keep watching “Vidrohi”.