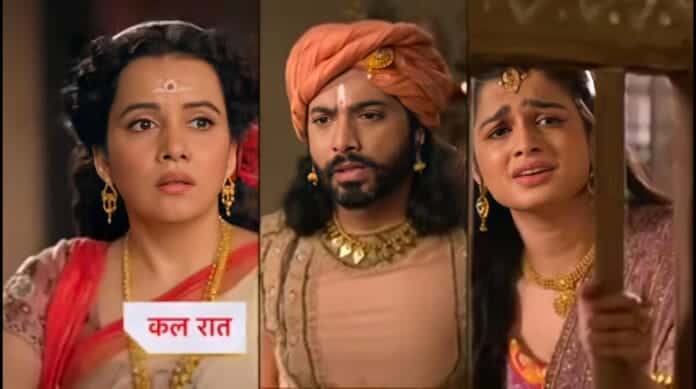 Radha of Subrat Sinha and Dr. Bodhisattva’s “Vidrohi” has warned Kalyani that if she doesn’t agree to become a kuldaasi by the end of the day then she will do something that nobody has ever imagined. Kalyani writes a letter to Baxi to meet her and informs him that Radha is going to kill their unborn child.

Meanwhile, Radha destroys all the clothes and toys that she had kept for her baby, and she even struck off the names for her unborn child that she had written in the diary.

Baxi is shocked to find these and calls everyone. He informs them about what Kalyani had told them and that he is worried that Radha might harm their baby.

In the upcoming episode, we will see that Baxi tells Radha that she would commit a sin if she kills their unborn child. Kalyani too tries to make her understand but Radha reacts to it. She blames her for everything that is happening in their life and accuses her for stealing her husband. Kalyani tells them that she had enough, and now she will do what she wants to do. To know what happens next, keep watching “Vidrohi”.