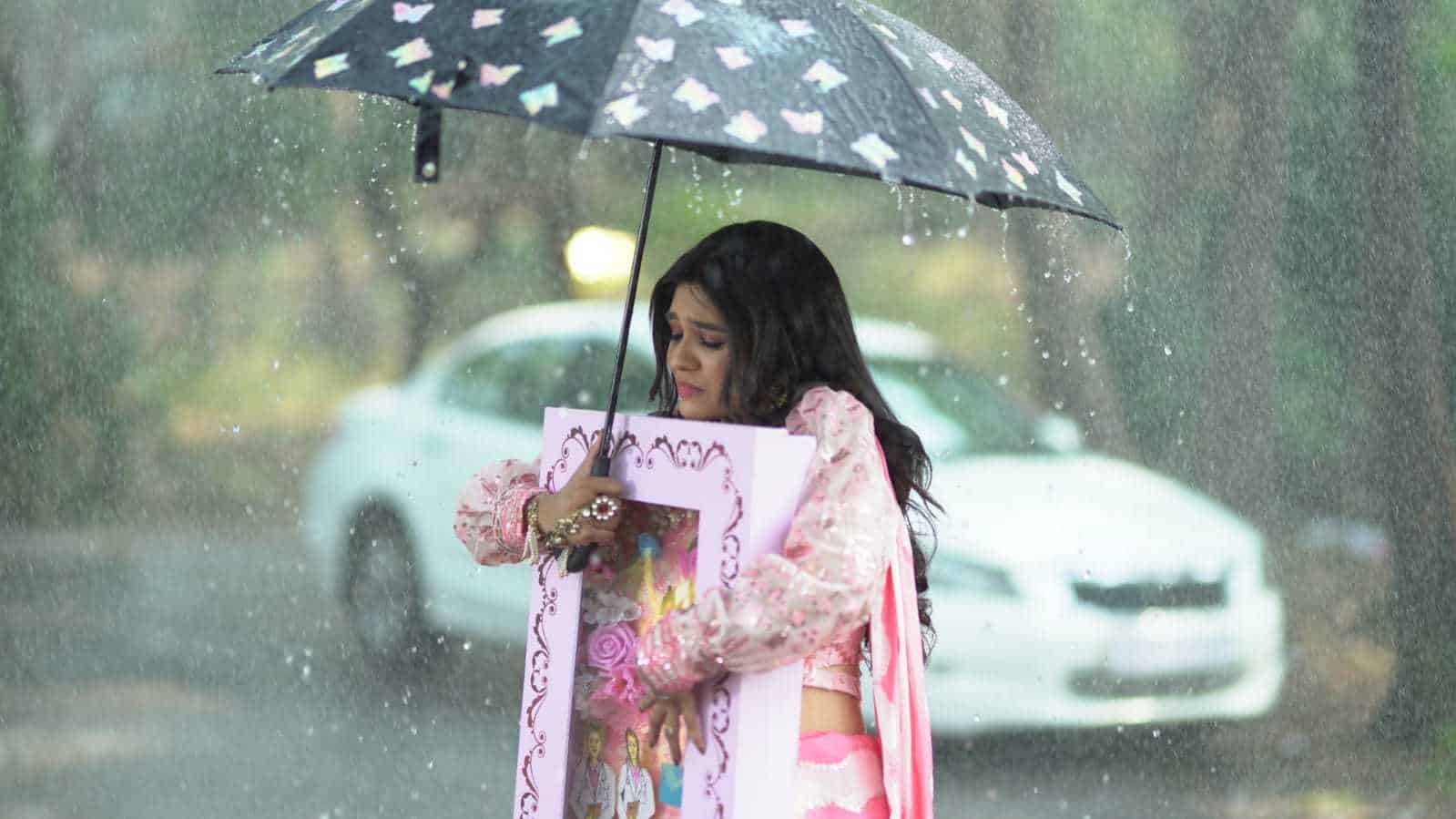 The Friday episode of Rajan Shahi’s “Yeh Rishta Kya Kehlata Hai” started with the Goenkas having an angry conversation with Manjari. But Akshara takes control of the situation and tells them that they can have the wedding on an auspicious day later. Before leaving Manjari tells them that they will have a puja with the wedding card at 9 a.m. the next day. When they leave, Akshara finds Abhimanyu’s phone and is shocked to see her pic as the wallpaper.

Later during the day, she makes handmade cards for Aarohi’s wedding and Kairav appreciates her good work. They then tease Vansh about his wedding and we see them sharing a fun moment. Just then, Aarohi gets a message from the medical college saying she has an interview the next day at 8:30 a.m.

The next day, it starts to rain unexpectedly. Both the families are waiting for Akshara, Abhimanyu and Aarohi to come. While Aarohi is just outside the temple giving her interview, Akshara gets stuck in the rain. Abhimanyu comes to her rescue. Aarohi reaches the temple on time and is surprised to find Akshara and Abhimanyu coming together.

In the upcoming episode, we will see that the Goenkas and Birlas start the puja at the temple and Aarohi is shocked to see “Abhimanyu Weds Akshara” mentioned on the card. Later, Akshara hears Harshvardhan telling someone about the minister’s bypass surgery date. Will Aarohi react to the card issue? What will Akshara do? To know what happens next, keep watching “Yeh Rishta Kya Kehlata Hai”.