WhizBliz
Home Viral As a train passes over her, a woman calmly talks on the... 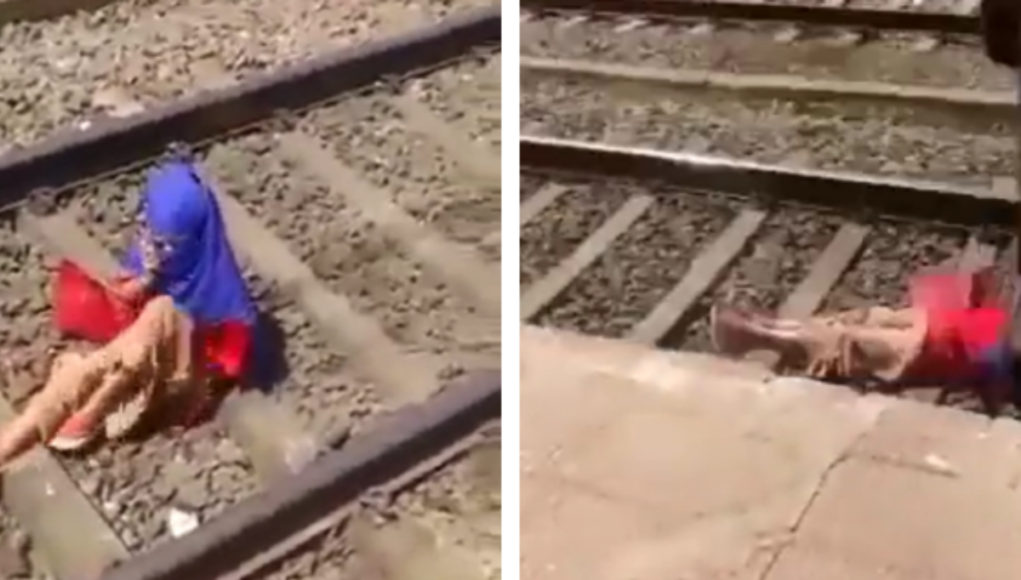 As if nothing unusual has happened, the woman simply exits the train and enters the station. The internet has been stunned by a video of a lady casually conversing on her telephone after a train had passed over her. Dipanshu Kabra, an IPS officer, tweeted the video on Twitter and it has got over 1 lakh views in the last three days.

“Gossiping on the phone is more important,” Kabra said with the video on Twitter.

A cargo train crosses a railway station at the start of the hair-raising film. A woman is seen laying on the railway track with her head covered in dupatta as soon as the train passes through the camera frame (a scarf-like cloth).

The woman gets up after the train has left and makes a phone call while still seated on the railway track.

She then nonchalantly exits the train and enters the station, as if nothing unusual had occurred. The lady was observed going away and spoke with the videographer.

“Thank goodness there are no dangling sections on this cargo train; otherwise, just portions, not the complete, may be viewed,” one user said. Another added, “Give her a bravery prize in the shape of a tight slap.”

Some users even tagged the Prime Minister’s Office, requesting that the woman be arrested.

Last month, at Mumbai’s Wadala railway station, a vigilant constable of the Railway Protection Force (RPF) saved the life of a passenger who slipped and collapsed while boarding a moving local train.

On its official Twitter account, the Central Railway tweeted the video and advised passengers not to board or disembark from a moving train.