WhizBliz
Home Viral In a popular video, a YouTuber floats on a ‘magic carpet,’ leaving... 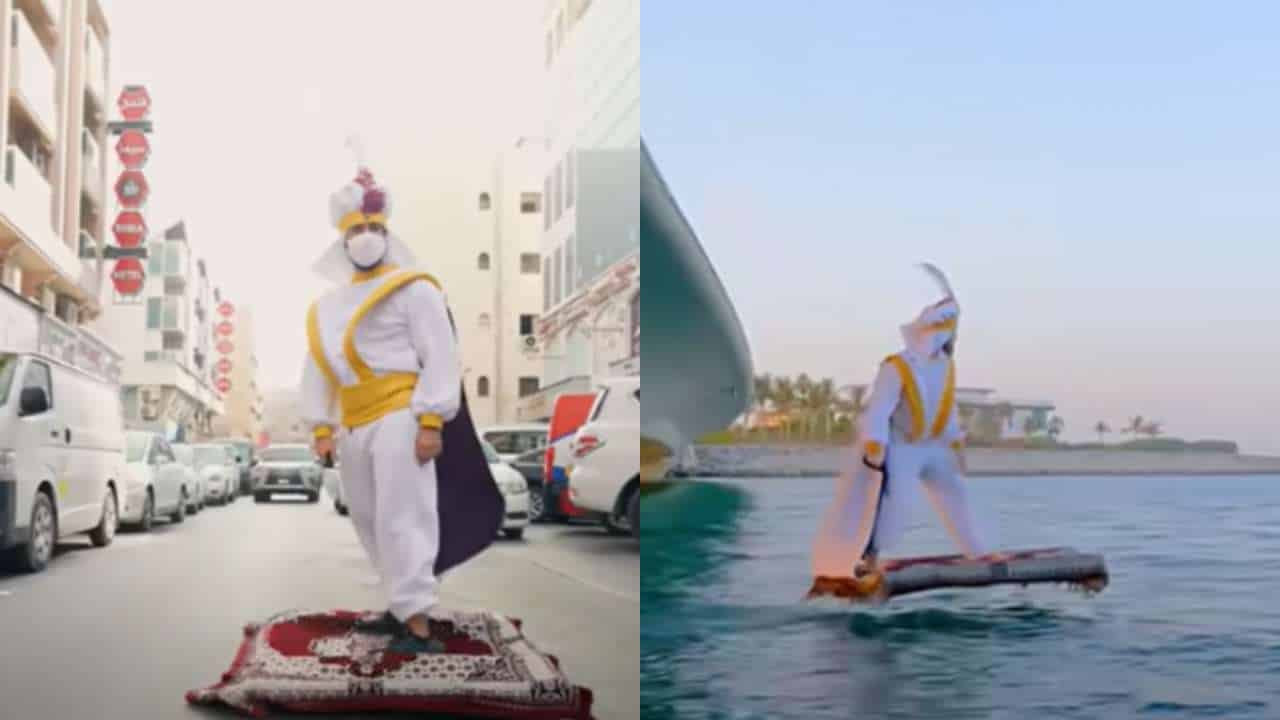 Illusionists and magicians frequently conjure up illusions that leave the general audience perplexed and bewildered. Another recent illusion performed by a YouTuber left netizens amazed but perplexed by the ingenious technique.

RhyzOrDie, a YouTuber, recently posted a video to his channel that rendered internet users stunned. In the video, the content producer can be seen floating on a magic carpet, in keeping with the ‘Arabian Nights’ motif!

RhyzOrDie appears in his video donning an Aladdin-style attire, complete with a white and gold turban and a gown. He then appears to be riding on top of a mystical carpet that appears to float above the ground’s surface.

The video shows the YouTuber gliding and floating around the streets and marketplaces of Dubai on his magic carpet. The gifted Youtuber can also be seen floating on his carpet above the water’s surface later in the video.

RhyzOrDie explained to the befuddled onlookers that he built a PVC pipe frame around an electronic longboard and a carpet on top of it, producing the optical illusion of a magic carpet on the streets of Dubai. You’re probably wondering how RhyzOrDie got his ‘magic carpet’ to float over water. The trick was performed on an ‘eFoil board,’ which is a surfboard with a propeller, according to the YouTuber.

Since then, the video has gone viral, with about one lakh views and nearly a thousand likes. “No words to explain…” and “No words…just awe!” are among the comments on the video.