WhizBliz
Home Viral In a viral video, passengers push an aeroplane off the runway when... 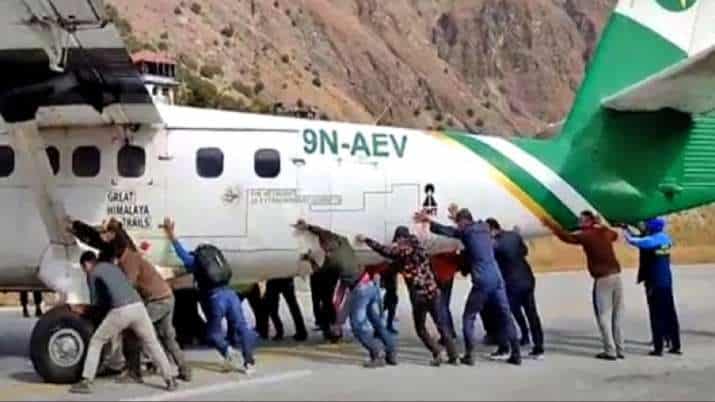 Passengers can be seen dragging a Tara Airlines plane away from the runway after the back tyre of the plane bursts in the footage.

According to Nepal News, passengers can be seen moving an aeroplane belonging to Tara Airlines away from the runway after the aircraft’s rear tyre exploded on the runway. Netizens were startled to witness such an occurrence occur at an airport because, ordinarily, if a tyre bursts during a trip, getting down and pushing a car may be observed on highways.

The event occurred at Bajura Airport, and a netizen called Samrat published the footage of the incident online.

It’s worth noting that the video of the event has gotten a lot of attention, with over 50,000 views and thousands of reactions. While some internet users showed worry about the passengers’ safety, others used the comment section to strike out at the authorities.