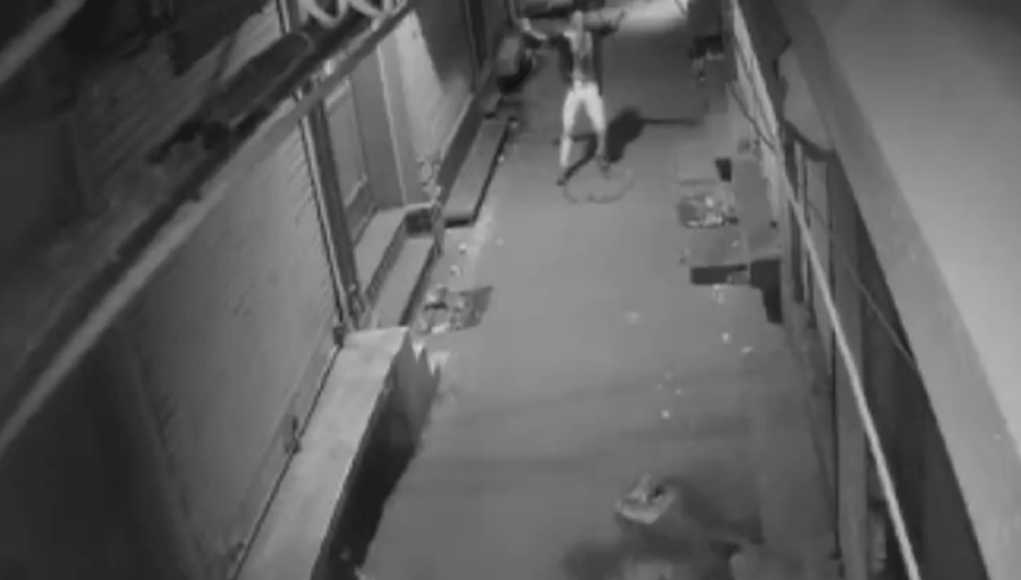 An officer can be seen in the footage removing the thief’s shackles. The robber demonstrates how he fits his body through the barred window in order to get access to the residence. The thief’s way of breaking into the residence wowed the internet.

It’s not every day that you get to see how hard burglars work to break into a house. A video has appeared online depicting a thief’s ingenious method of sneaking into a residence through a barred window.

Rupin Sharma of the Indian Police Service (IPS) shared the video on Twitter. An officer is seen removing the thief’s shackles in the one-minute and four-second video.

The robber is seen climbing up and through the barred window with one of his legs. In less than a minute, he fits his body diagonally between the bars and enters the home.

“This criminal broke into the house through the window. #Power of diagonal! #Demo once again!” Sharma wrote the captions for the video.

On the microblogging platform, the video has gone viral. More than 10,900 people have seen it. After witnessing the thief’s manner of breaking into the property, netizens were perplexed.

“He should be in the gym!” said one user. Another person wrote, “This occurs to me in a different light. #Zerofigure I really want to be this skinny.”

The addition of a third user “It is a difficult task. Isme Mehnath bhi lagti hai.” “This thief should instead be praised,” someone said.

While the homeowners were gone, an unidentified robber stole into a residence in Hengerabari, Guwahati. He came into the kitchen to cook khichdi for himself after abandoning his effort to grab important stuff from the residence. He was turned up to the police by neighbours who heard sounds coming from the kitchen.