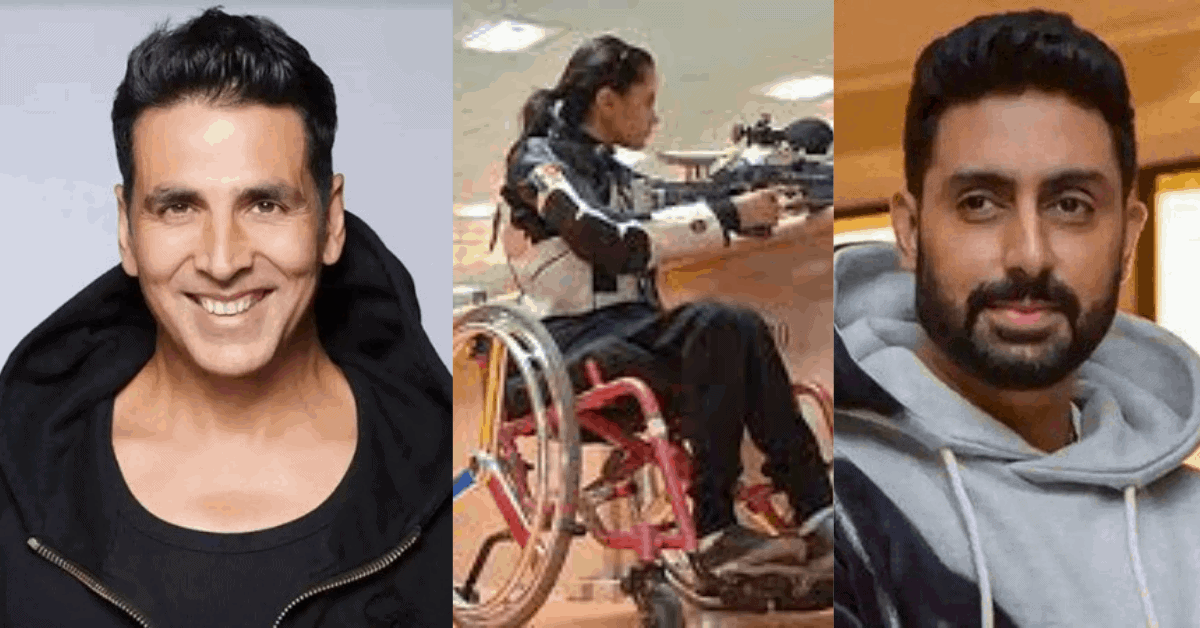 Avani became India’s first woman to win gold at the Paralympics. She finished with a Paralympic Record with 249.6 points. She won the gold in the women’s R2 — 10m Air Rifle standing SH1 event.

Bollywood actors like Akshay Kumar, Abhishek Bachchan, Vicky Kaushal among others took to social media to congratulate the athletes on achieving this feat.

Abhishek Bachchan also congratulated Avani Lakhera. Taking to Twitter, he shared a photo of Avani and wrote, “A gold-en moment for India! Hats off @AvaniLekhara on becoming the first Indian woman to win gold at #TokyoParalympics #Paralympics #ShootingParaSport.”

Heaping praises on Avani, actor Vicky Kaushal wrote, “Congratulations Avani for this historic win. What a debut! What a star.”Host-actor Mini Mathur is all praises for Avani.

On Monday, Avani Lekhara scripted history as she became the first Indian woman to win a gold medal at the Paralympics.

Also Read: Abhishek Bachchan resumes shoot after shoulder surgery, thanks to fans for their good wishes