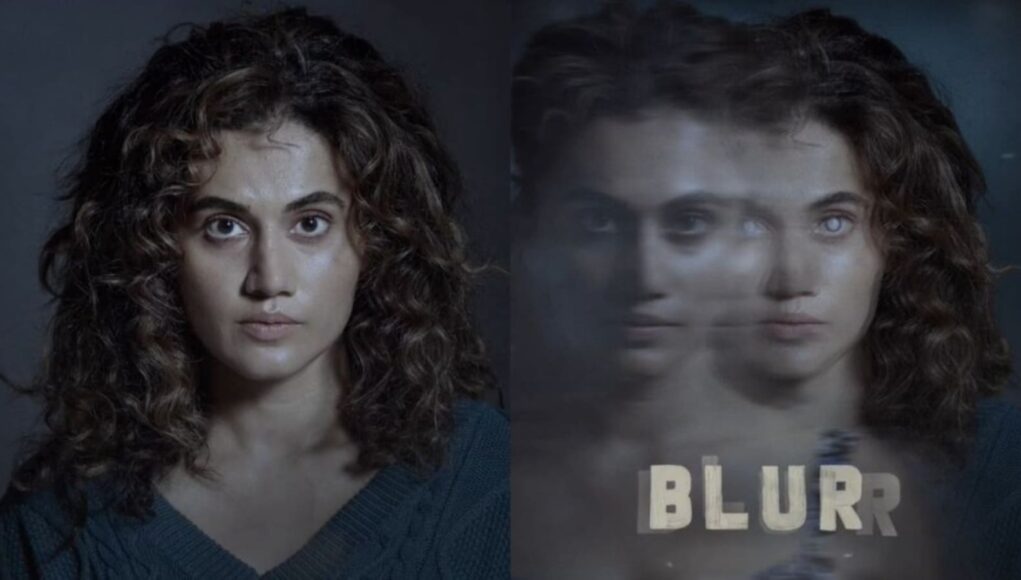 Taapsee Pannu’s character Gaytri’s quest for her twin-sister is the center of the drama in the movie Blurr. Both Gayatri and Gautami suffer from eyesight loss. Gayatri travels to Uttarakhand from Delhi to unveil the truth behind her sister’s death.

Blurr is a remake of the Spanish film Julia’s Eyes and Taapsee has left no stone unturned to prove her might as a producer. The movie deals with the dark realms of the human mind. Like a raw onion that can make you cry with each layer that peels off, every layer of the human mind is contradictory and full of hidden emotions. The effect of society and its rejections can really harm the human psyche. The cinematography of the movie is par excellence.

The movie released on Zee5 on December 9th. It is directed by Ajay Bahl. The movie gives you jump scares and the loud music in the background, is however meaningless. The plot is perfect on paper, yet the execution needed more focus. The screenplay needed more attention. Gulshan Devaiah, a wonderful actor, deserves better than this.

Taapsee Pannu stated, “Blurr taps into different sensibilities of an individual and that is purely why I decided to produce it as my first film. Donning the producer’s hat has been a spectacular experience. Apart from acting, I wanted to be creatively involved in production, conception and various aspects of filmmaking which are seldom glamorized. Essaying the character of a woman pushed to the brink of her mental endurance due to her sister’s death was vulnerable, raw and clawing.”