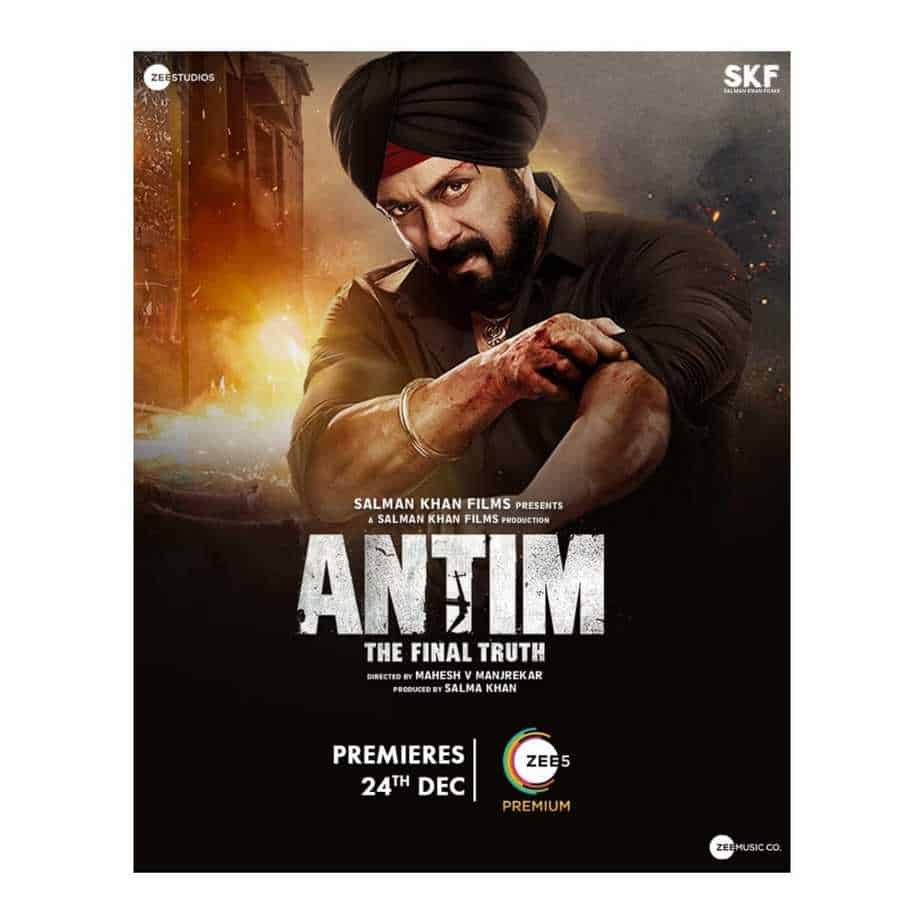 Directed by Mahesh Manjrekar, the film stars superstar Salman Khan as a police officer along with Aayush Sharma and Mahima Makwana in lead roles

National, 22nd December 2021: ZEE5, India’s biggest homegrown OTT platform has been consistently delivering back-to-back blockbusters with a diverse content slate of compelling stories that span across genres. Adding another blockbuster to its library, the platform is all set to release Antim: The Final Truth on 24th December. Starring Salman Khan and Aayush Sharma, the film narrates the story of two individuals with differing ideologies who belong to two divergent worlds, leading to a nail-biting finale. The film portrays some powerful and action-packed content.

The film which recently received an overwhelming response from critics and audiences globally. What’s even more exciting is that the film is a pre-birthday return gift to all Salman Khan ardent fans since the film releases on a weekend just before Salman’s birthday.

Manish Kalra, Chief Business Officer, ZEE5 India said, “We at ZEE5 are focused on curating and creating good quality content to entertain the audience and bringing their favourite stars to their screens. It gives us great pleasure to associate with Salman Khan and Salman Khan Films once again after the tremendous success of Kaagaz and Radhe on ZEE5. We are proud to not only present ‘Antim: The Final Truth’ to fans, just before their most loved actor’s birthday. We are eagerly looking forward to the premiere and hope that all Salman Khan fans cherish this birthday gift”.

Talking about the film’s premiere on ZEE5, Salman Khan Films spokesperson said, “The audience gave an overwhelming response to the theatrical release of Antim: The Final Truth. We are happy that they can now watch the film at their convenience and post the success of Radhe, what better platform than ZEE5 to premiere it.”

Talking about the film, Aayush Sharma’s spokesperson shares, “The astounding response to Rahuliya has been overwhelming for the entire team of ‘Antim: The Final Truth’. It was heart-warming to see the response the film received in theatres after a long time, now as the film hits ZEE5, we are glad that it would reach a wider audience.”

‘Antim: The Final Truth’ will exclusively premiere on ZEE5 from 24th December 2021