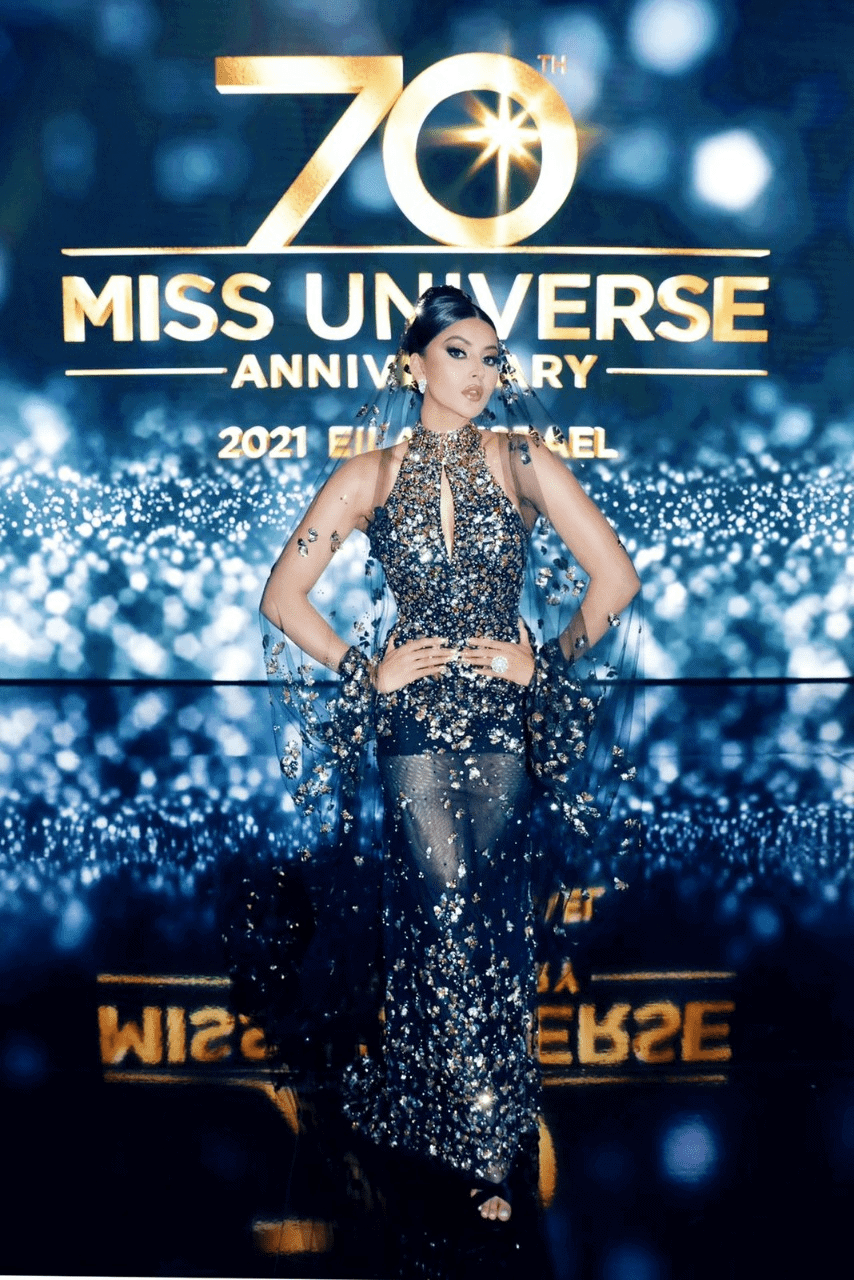 Urvashi Rautela, Bollywood’s youngest superstar and beauty queen, is currently serving as a judge at the Miss Universe 2021 Pageant in Israel, and she was thrilled to be representing India in the competition. The actress has previously won Miss Universe India twice, in 2012 and 2015. The actress is truly paved her way all around the world making India proud on the International level. Seeing our national pride, with all of its efforts, hard work, and dedication to her profession, flying our tricolor in other countries is always a source of pride for us Indians.

Urvashi recently served as a judge for the ‘Miss Universe 2021’ pageant in Israel. Many videos and photos from this beauty pageant have gone viral on social media. Urvashi was seen wearing a Michael Cinco dress worth Rs 40 Lakh, the diva had opted for a transparent gold and black dress. Urvashi Rautela is wearing a long sea off-shoulder gown with a halter neck-deep oval cut, the shimmery gown made her look very flawless as she rounded off her shimmer net dress with a long transparent veil giving it a perfect Indian touch to the outfit. Adding a perfect glam to the look the actress chose a high bun with a middle parting and the makeup that made us go gaga over the beauty with a blended glare of eyeshadows with a perfect liner and kajal beneath the eyes rounded off with long lashes and perfect contour along with nude pink lipstick adding the glam. Talking about the accessories she opted for diamond earrings along with a diamond ring. She completed her entire look with black criss-cross platform heels. Definitely can say she looked a complete bombshell in the look and her entire look made us fall head over heels over this beauty.

Michael Cinco one of Hollywood’s most celebrated designers says Growing up in the Philippines, where the whole country is pageant fanatics, I dreamt of seeing my creations someday on Bollywood’s youngest superstar & two times Miss Universe India winner Urvashi Rautela at the Miss Universe stage. “So dressing up Urvashi has always been an honor for me and makes me proud. But to see my gowns on Urvashi at Miss Universe stage, watched by millions of people all over the world, is another feeling of joy and happiness.

Urvashi Rautela, the beautiful actress who represented India in the Miss Universe 2015 pageant, recently met with former Israel Prime Minister Benjamin Netanyahu. The actress shared a video with Netanyahu recently in which she appeared to be having a great time. The actress also gave Netanyahu a copy of the Bhagavad Gita. Urvashi expressed her gratitude to the former Prime Minister in a separate tweet.

Talking about the work front, Urvashi Rautela will play Poonam Mishra, the real-life wife of Inspector Avinash Mishra, who will be played by actor Randeep Hooda in a digital film. Urvashi Rautela will also appear in several other south Indian films, including Black Rose, a Telugu film in which she will play the lead, and Saravana’s Tamil blockbuster. The next schedule for the film is set to begin soon. Furthermore, Urvashi Rautela recently revealed the official poster for Dil Hai Gray, the Hindi remake of the critically acclaimed Tamil film Thiruttu Payale