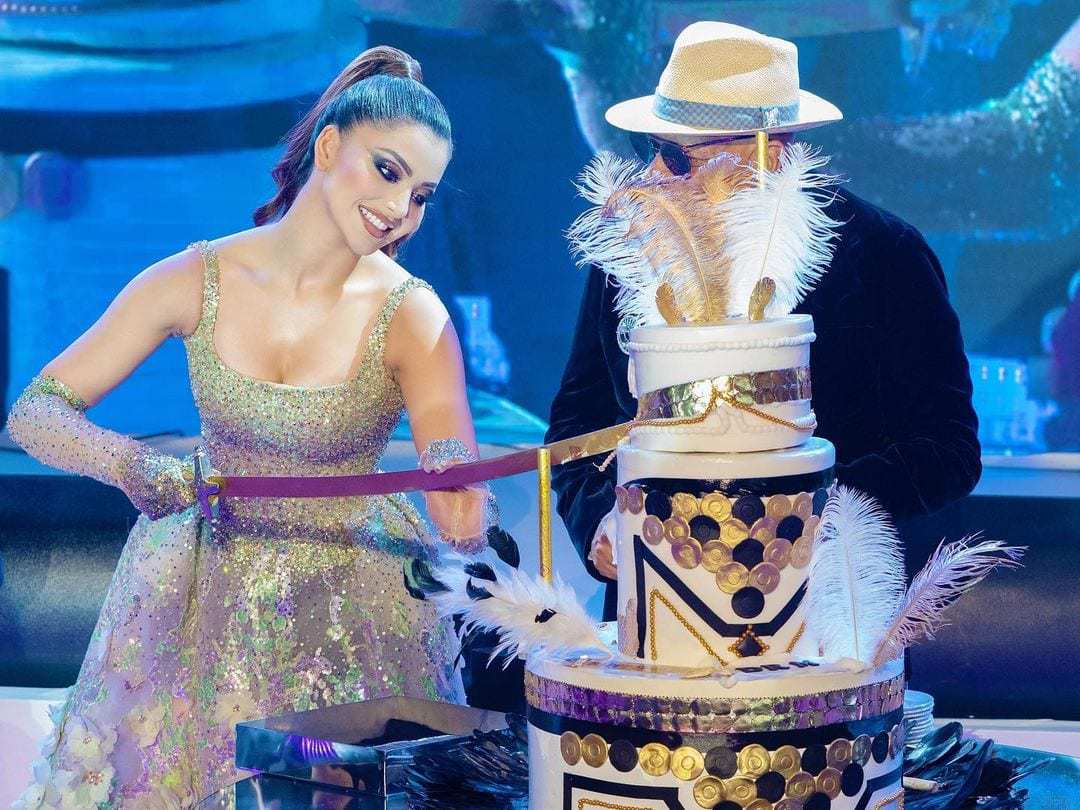 Urvashi Rautela Bollywood youngest superstar who enjoys a massive fan following of 44.6million followers has paved her way internationally along with Bollywood by climbing the ladder of success each and every day through her hard work and dedication, This international youngest superstar of Bollywood has always been alluring all her fans with her astonishing looks and her marvelous beauty. The diva is highly active on her social media and knows how to slaughter all her fans with her mesmerizing pictures and groovy dance moves. This talented diva is also a fashionista and the way she carries her ensemble with ease always turns out to be our fashion inspiration. The actress never fails to grab the limelight with her enticing looks and her expensive international designer outfits are always out of the bloom for us. And as always diva has yet again made our heartthrob with her looks

Urvashi recently took the internet ablaze as she dropped a bombshell video of herself Urvashi wore an international designer Michael Cinco dress which cost about 15lakh rupees where the actress graced the ramp for Armani Show, her entire ensemble was a mini shimmery dress which was had a net pattern frill over the dress with blossom pastel print all over it, the entire look made her very exciting along with those thin sheer shimmery gloves to add that vibrant look, Urvashi made sure to want a bit bold with her eyes and played around it, the actress went for a perfect shimmery eyeshadow and a huge wing liner and kajal beneath it along with long envious lashes with perfect contour and blush in addition with that highlighted along with tresses tied up in a high ponytail, flaunting her long toned curls definitely Urvashi was looking no less than a goddess who is ruling our hearts with her mind-boggling personality,

Undoubtedly we can say that the actress knows how to slaughter her admirers with her eyes, do check the video out here,
https://www.instagram.com/p/CYWME9MhS97/

On the work front, Urvashi Rautela will be soon seen in the Jio studios web series ‘Inspector Avinash’ opposite Randeep Hooda in a lead role. The actress is going to play the lead role in a bilingual thriller “Black Rose” along with the Hindi remake of “Thiruttu Payale 2”. Urvashi recently got a blockbuster response for her song “Doob Gaye” opposite Guru Randhawa and “Versace Baby” opposite Mohamed Ramadan. Urvashi Rautela will be making a Tamil debut with the 200 crores big-budget film “The Legend” opposite Saravana. The actress has also signed a three-film contract with Jio Studios and T-Series