WhizBliz
Home BTS World BTS’ Jin talks about how he finally got J-Hope to get a... 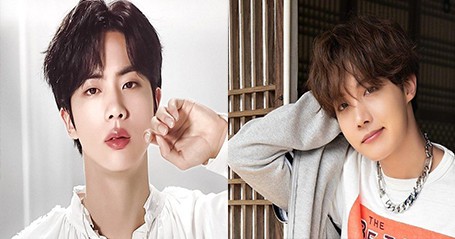 BTS has always been known for the wonderful bond that they share. Last month, Jin has been on a Weverse commenting chain as he tried his best to convince J-Hope to have drinks with him. He commentated several times on the Weverse app.

Now, we know that all his efforts didn’t go in vain! BTS recently sat down for a Zoom interaction with 200 extremely lucky BTS fans. In this call, they slipped up and shared some interesting snippets with Army.

Jin commented on Suga’s adorable and graceful dancing. Suga was dancing to the group’s latest bob, Permission to Dance. Then, Jin added that he had actually seen Suga’s fan cam while getting a drink with J-Hope.

When they were chilling around, Jin revealed that a fancam of ‘Boy With Luv’ showed up on the first page of Youtube. Then, he added that they later watched the piece on a big television screen. Jimin teased Jin and said that Jin and J-Hope actually go for drinks quite often. When asked by Army, Jin said that he and J-Hope have been drunk only a few times but Jimin disagreed.