WhizBliz
Home BTS World BTS: With You from Our Blues, Jimin’s first-ever K-drama OST is released,... 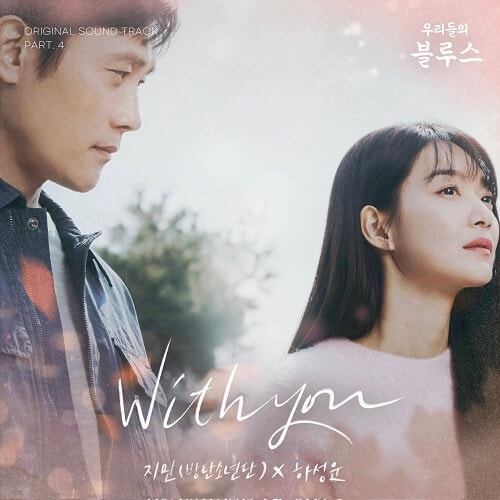 BTS member Jimin released his first-ever OST, With You, for the K-drama Our Blues. Jimin’s buddy and former HOTSHOT and Wanna One member Ha Sung Woon also appears on the track. The song video was posted on YamYam Entertainment’s YouTube page. The song appears in the sixth episode of the K-drama.

Actors Shin Min-a and Lee Byung-hun star in the song, which was shot on Jeju Island. “I want to be with you and I want to remain with you, just like the stars gleaming brilliant,” Jimin sings at the outset of the song’s lyrics. After Jimin, Ha Sung Woon begins to sing. The pair performs in both Korean and English.

BTS fans ARMY reacted to the video with praise for Jimin, Ha Sung Woon, and the song. “Popular opinion: Jimin’s voice can transport you to heaven,” someone wrote. As one admirer put it, “Everything you do, PARK JIMIN, is a masterpiece! Your voice has a profound effect on you. You are unique and unfathomable! You are deserving of the entire universe.” “The voices of Sung Woon and Jimin combined are such a masterpiece,” an admirer commented.

Also, a fan remarked, “Jimin’s voice has a warm spot in it, oh my God. His voice has a wonderful energy that helps people reflect on how precious life is. “Jimin you are art, Jimin’s voice is perfect, it’s lovely, it’s unique, you are an angel Park Jimin, it’s the finest song in the world!” said one commenter. “Congratulations for bringing such excellent voices together!”

BTS fans are furious after V and Jungkook’s real names and birthdays appear on a K-drama death list.

BTS: Ha Sung Woon, Jimin’s buddy, explains how the singer accepted to be a part of Our Blues with You, his debut K-drama OST