WhizBliz
Home BTS World Suga Ties by BTS Lisa from Blackpink and CL with his most... 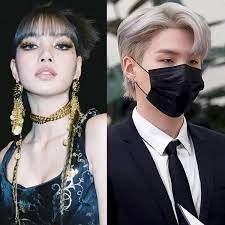 With his new joint duet “Girl of My Dreams,” Suga is back on the Hot 100 this week. The song, which features late artist Juice WRLD on the top, debuts at No. 29 on Billboard’s weekly chart of the most-played songs in the country. That’s a lofty position for the two artists, and the song swiftly rises to the top of the Fighting Demons’ posthumously published discography. Its instant success also allows Suga to compete with some of the most popular K-pop artists.

Suga achieves his second Hot 100 success, separate from the songs he’s recorded as part of a band, when “Girl of My Dreams” debuts in twenty-ninth position. The singer, rapper, and producer has now been on the list twice on his own, and with just two victories on the list, he is tied with two other musicians for the second-most spots on the list among K-pop soloists of all time.

Suga’s track “Daechwita,” from his solo mixtape D-2, initially charted on the Hot 100 in mid-2020. The cut rapidly rose to No. 76 before disappearing the following week. The song was ascribed to his alter ego Agust D, and the project was issued under that moniker. He was one of just a handful of solo performers recognised solely for making K-pop to make the list at the time.

With his second solo Hot 100 success, Suga joins CL and Lisa, the singer and rapper from Blackpink, who have each charted twice with their own tracks. CL’s track “Daddy,” which he co-wrote with Psy, initially charted in 2015, continuing his years-long winning streak. In 2016, he made his second appearance on the chart with her own song “Lifted,” which increased her greatest ranking by many points. Lisa of the South Korean girl group Blackpink had two solo Hot 100 hits in the second half of 2021, with both “Lalisa” and “Money” hitting the cut.