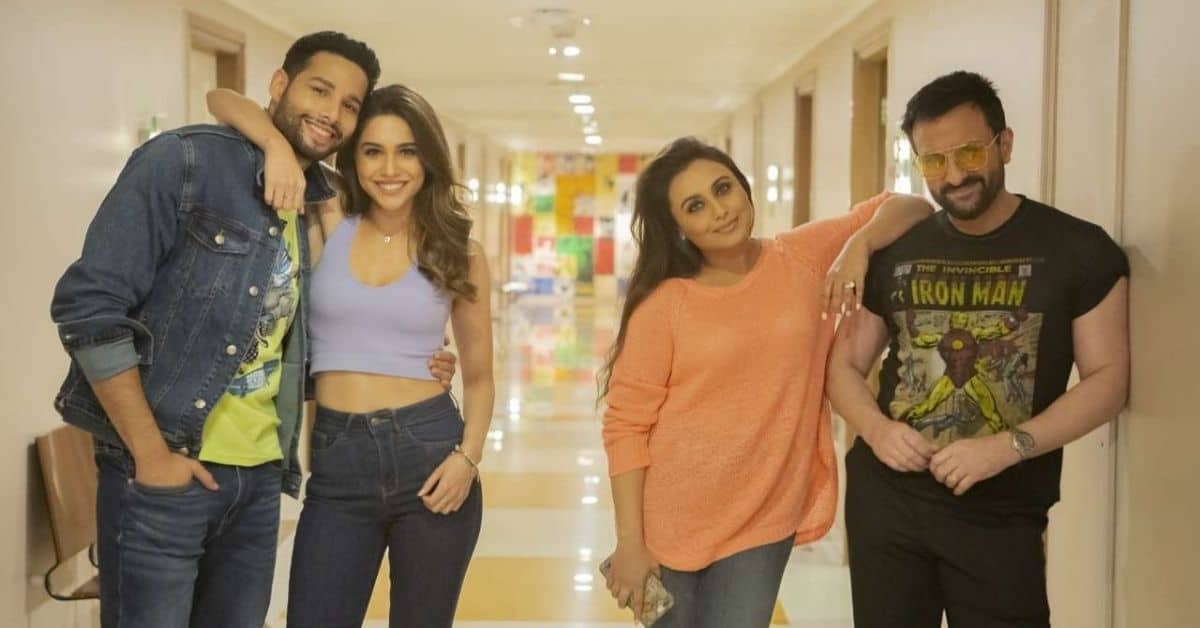 The movie, ‘Bunty Aur Babli 2’ starring Saif Ali Khan, Rani Mukherjee, Siddhant Chaturvedi and Sharvari was set to be released next month in theaters but due to current situation, the makers have decided to extend the release of the movie.

The movie is the sequel of ‘Bunty Aur Babli’ which got released in 2005 and is made under the Yash Raj banner. The movie was set to release on April 23 but due to rise in cases the makers have decided to make a shift so that masses can watch the movie in theatres when the situation in the country is in control.

This film is produced by Aditya Chopra and directed by Varun V Sharma. Aditya Chopra, the Chairman and Managing Director of Yash Raj Films want to hold the film till the time the situation in the country is in control and India is able to control the virus spread in the coming days. Aditya is hopeful that this movie will draw the audience towards theater and will help the struggling film industry to boom again.

Mumbai is reporting huge cases of COVID-19, on Thursday the city reported 5,504 new cases in the city and the number is just on rise.