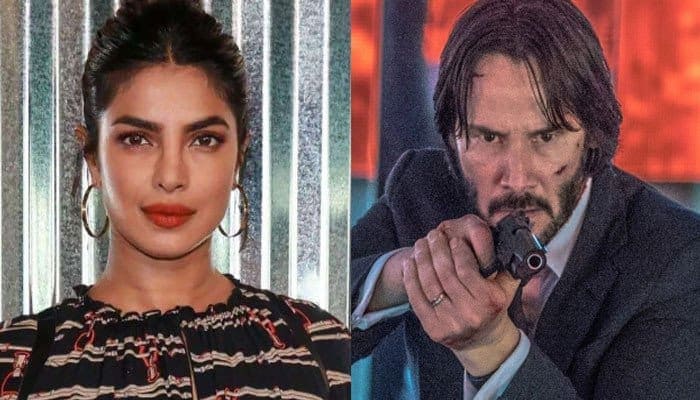 Priyanka Chopra is presently promoting her new Hollywood film, The Matrix Resurrections. Keanu Reeves plays the lead in the film. Priyanka has now recounted her experience working with him and how he was her rock on a bad day.

Priyanka was recently asked if she has encountered Keanu’s generosity, since he is renowned as “the kindest person in Hollywood.” In an interview with Access, Priyanka confessed that she was having a difficult day since she had begun the film’s work after six months of lockdown and had to utter a lot of words, as well as being scared. “He approached me and said, ‘it was a really difficult day and a lot to do, you did such a fantastic job and you should know that,'” she explained.

“When you’ve had a bad day and all you want to hear is, ‘you were fine, you did it, and you were good.’ I believe he was really astute; he can read the room well, and it meant a lot to me, especially as the movie’s new kid on the block “she said.

Priyanka Chopra, who was absent from the film’s initial poster but made an interesting cameo in the trailer, revealed her character look on Instagram. “And she’s arrived. “Re-enter #TheMatrix 12.22.21,” she commented with the poster, which shows her clothed in a patterned jacket, loose slacks, knee-high boots, and braided space buns.

The Matrix Resurrections, the next fourth instalment in the iconic sci-fi film trilogy, is written and directed by Lana Wachowski, who directed the first three titles – The Matrix, The Matrix Reloaded, and The Matrix Revolutions – with her sister Lilly Wachowski.