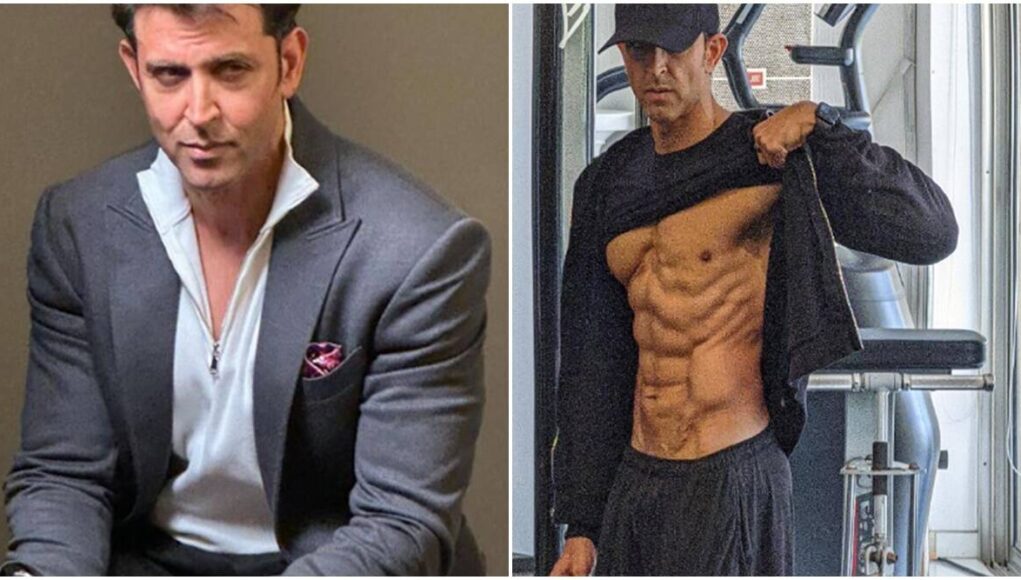 Hrithik Roshan is known for his fitness regime. He has the body, and his abs deserve special attention. On Monday, he gave us some special Monday motivation to drive the Monday blues away and push us to the gym. He lifted his black tee to give the viewers a glimpse of his abs and captioned the post, “Alright. Let’s go. #2023.”

He is clean shaven, wearing a black tee and track pants and is in the gym. He is standing in front of a mirror as he lifts his tee to reveal his abs. He looks like a Greek God. Those perfectly toned eight pack abs and the perfectly ripped body.

Varun Dhawan reacted to is caption, “Okay then.” A fan wrote, “sir bas 2 dedo(give me 2 abs). Another said, “Monday se diet ok?” Another wrote, “Can you believe this man is 48 years old.”

Hrithik will be seen with Deepika Padukone in the movie ‘Fighter’. The movie also stars Anil Kapoor. The shooting of the movie has started, and it should hit the screens in January 2024.

The last movie Hrithik came in was Vikram Vedha but it failed to impress the audience. Talking about the same, he adds, “Ofcourse, there are different parts of me that are conflicted about what I should learn from this, and I think it’ll dawn on me much later, but right now I know that it’s not, maybe, something that people like to see me do.”

Further on, “Maybe I am taking myself too seriously. I think I should…maybe I’m not allowed to do roles where I’m not catering to my fans who want to see me in a certain film, with a certain backdrop, in a certain way,” he added.