WhizBliz
Home OTT How 90s women are finding OTT ideal for their “second innings,” from... 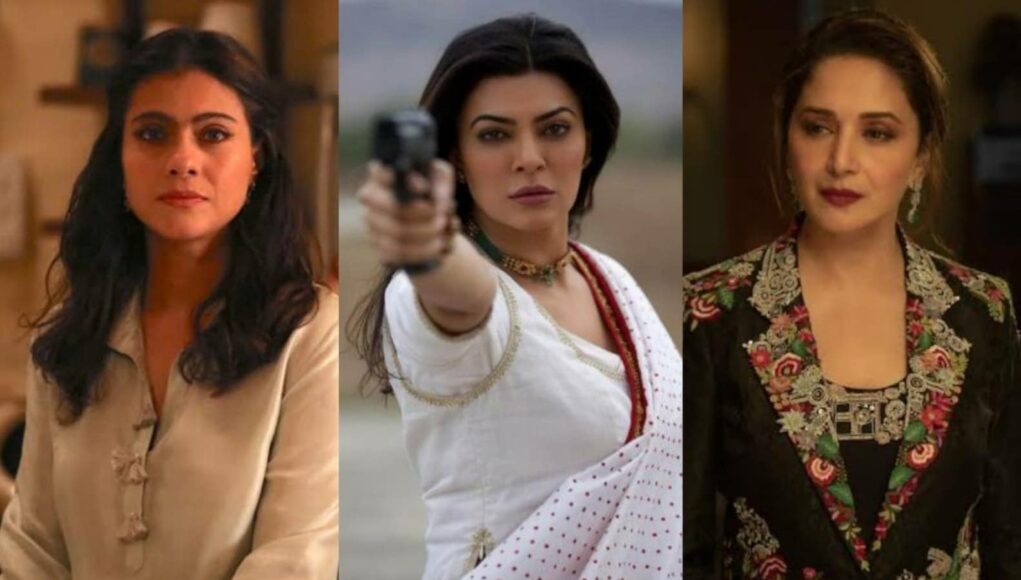 In a forthcoming project that will be streamed on Disney+ Hotstar, Kajol made the announcement that she will be making her web series debut. Although she participated in the Netflix film Tribhanga last year, this is clearly her first excursion into the world of web series. She is also the most recent in a long, impressive roster of 90s heroines who have relocated to OTT for their figurative second acts. The OTT sector is presently brimming with successful female performers from the 1990s who are not just appearing but leading performances here, like Madhuri Dixit, Juhi Chawla, Raveena Tandon, and Sushmita Sen.

When she featured in the AltBalaji and Zee5 programme Mentalhood two years ago, Karisma Kapoor became the first prominent actor from the 1990s to star in her own online series. She will soon make another OTT appearance. Since then, 90s heroines are increasingly prevalent on streaming services. Sushmita Sen made her acting debut in Arya (Hotstar), followed by Madhuri Dixit in The Fame Game (Netflix), Raveena Tandon in Aranyak (Netflix), and most recently Sonali Bendre in Broken News (Zee5). Later this year, Shilpa Shetty will star in Rohit Shetty’s Indian Police Force on Amazon Prime Video, while Juhi Chawla will make her OTT debut in Hush Hush.

Many contend that the change is mostly due to the absence of the idea of an actress’s “shelf life” in streaming shows. However, starring ladies in movies are still hardly ever beyond 40. Hero kabr mein paaon latkaaye hai par heroine 20 saal ki chahiye (Hero is on the edge of death but wants a 20-year-old heroine) is how Madhuri’s OTT debut The Fame Game correctly puts it. Sonali Bendre, who portrayed a journalist in the Zee5 programme Broken News and who is 45 years old, responds to this by saying, “As an artist, you live a certain amount of life. You go through situations that mold who you are.

Some performers are drawn to the streaming industry by the challenge and excitement of doing something new and different on a new platform. “It’s fantastic that even after 35 years, I am launching with something,” adds Madhuri Dixit. It’s amazing for me because I’m a film student. I enjoy education. I always feel like I’m going to learn something new when I wake up. It’s a different language for me to make movies in. It functions differently than other systems. Being on OTT is completely different.