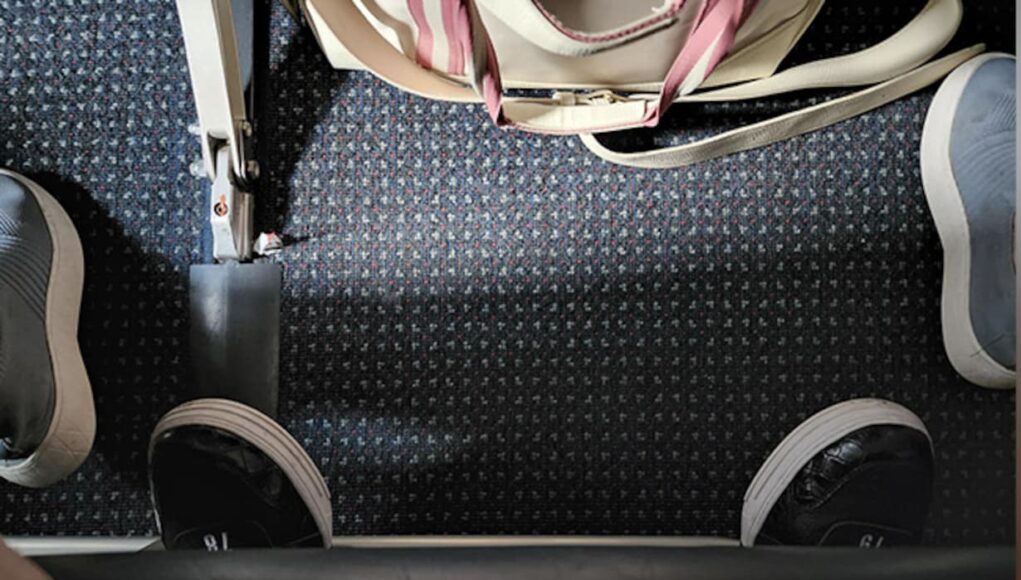 A picture of a person’s foot protruding from under another passenger’s aircraft seat has gone popular online. An internet user posted a photograph of the photo-taker seated in an aircraft seat with her legs apart and two feet squeezing between them into the gap of the seat in front of them on Reddit.

The image’s source was not disclosed by the Redditor. Her picture, which was published earlier this month, simply showed two feet that were wedged so far beneath the seat in front of her that they were intruding on the space of another passenger.

The original poster (OP) called the conduct “irritating” in the post’s comments. She claimed that despite her hints that the passenger seated directly behind her was invading her personal space, they continued to prod their foot.

“It was mildly annoying that this kept repeating around every 15 minutes during the trip, she added in an online post, adding that she had even begun softly kicking the other person’s foot. similar to a very soft “oops, I’m not sure what’s below my feet” gesture. I repeatedly did this. seems not to function.”

More than 2,000 people have commented on the Reddit article since it was uploaded. While some other users, especially taller individuals, defended the passenger’s behavior, others merely labeled it “rude.”

I’m a tall person and have most likely done this with my feet, one user commented in the comments. Added one more “Just keep in mind: dislike the game, not the person. Due to the congested sitting in economy, I had to make an effort to avoid encroaching into other passengers’ personal space.”

A third person said, “stomp or kick them till they wriggle? Don’t be a doormat; occasionally, defend your own interests.” The fourth said, “I’d have found a reason to get up and occasionally/repeatedly look around, making sure I’d stamp on their feet and make eye contact.