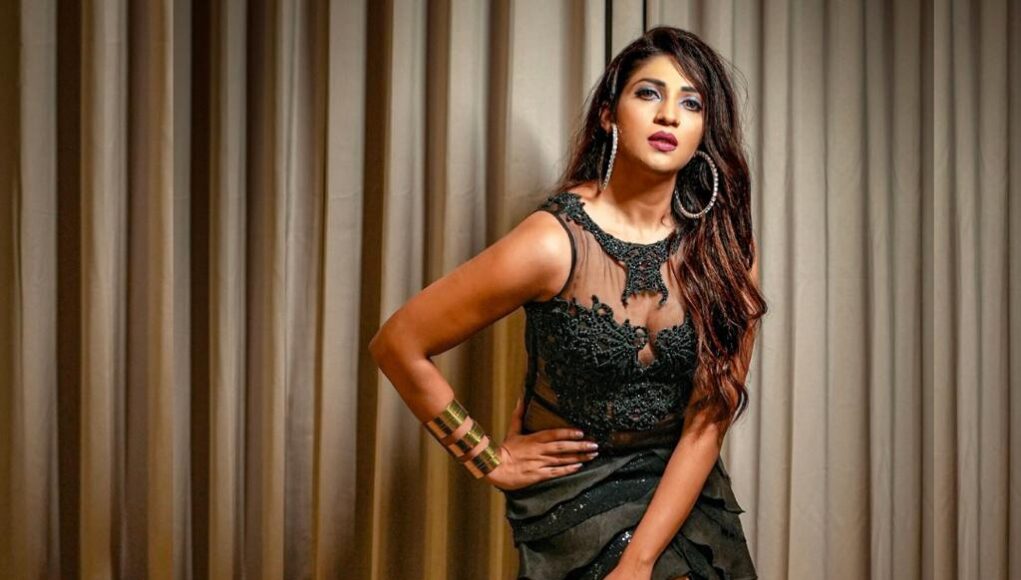 Winner of Ms. South India 2016, Iti Acharya , who primarily appears in South Indian cinema is going to be next seen in King & Queen. She is looked up to for her sense of fashion and has been a showstopper for quite a few famous brands. This year, the actress also proudly attended the Cannes Film Festival in Paris and the Goa Film Festival where the actress showcased great designer wear.

Iti has many a times broken the internet with her amazing fashion stance and she shines more in her traditionally beautiful looks that she has been sporting as well. In her recent look styled by Sandeep KG donning Couture designed by Ruchi Kothari , the actress was a sight to behold! She is an absolute stunner alongwith being a natural beauty in her most recent. Iti has always succeeded in grabbing attention time and again with her fashion sense and vibrant personality.

Iti was seen in Kannada movie Kavacha alongside Super star Dr Shivaraj Kumar. She is also known for her performances in Malayalam films . Iti has also acted and produced few indie Hindi films.