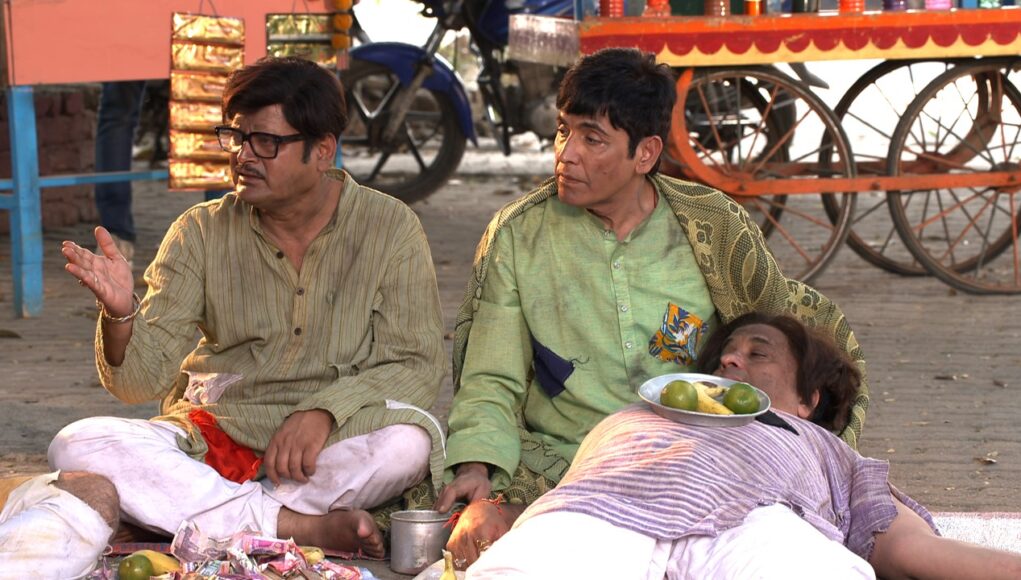 The audience will witness some interesting twists in &TV shows Doosri Maa, Happu Ki Ultan Paltan and Bhabiji Ghar Par Hai. About &TV’s Doosri Maa, Krishna shares, “The biggest drama will unfold on the show as Yashoda (Neha Joshi) will finally learn that Krishna (Aayudh Bhanushali) is Ashok’s (Mohit Dagga) son. Kamini will manipulate Krishna and discover his relationship with Yashoda, eventually discovering that he is Ashok and Mala’s son. Ashok will beg Kamini not to tell anyone about Krishna and his relationship and strike a deal with her, paying her in return. Meanwhile, Yashoda will put Mala’s (Nidhi Uttam) picture on the shelf, saying she deserves justice and respect. Ashok sees it, gets scared, and finally confesses to Yashoda the truth about being Krishna’s father and Mala’s lover. Will Yashoda disclose this secret to family members?”

About &TV’s Happu Ki Ultan Paltan, Katori Amma shares, “The kids and Rajesh (Kamna Pathak) ask Happu (Yogesh Tripathi) for a car. However, Katori Amma (Himani Shivpuri) is against it. The next day, Commissioner Kishore Bhanushali gives Manohar his car, Pyaari, for maintenance as he is travelling outstation for work. As soon as Happu learns about it, he convinces Manohar to take “Pyaari” home. Seeing the new car, the entire family gets excited and starts dancing on the dhol. On the other hand, Katori Amma becomes enraged at Happu for purchasing a car despite her objections and slaps him. A twist occurs when the commissioner returns to the city and searches for his car, but Katori Amma sells it without informing Happu.” About &TV’s Bhabiji Ghar Par Hai, Anita Bhabi shares, “While coming back from a Dargah Vibhuti (Aasif Sheikh) trip, Angoori’s (Shubhangi Atre’s) scooter breaks down. While looking for help, they meet a Baba, who tells them they will soon face big trouble. Initially, Vibhuti does not believe him but eventually gets convinced. They both get the baba to Modern Colony and call everyone so that they can also know about their upcoming problems. Everyone believes him except Anita and Prem (Vishwajeet Soni). As a solution, the baba tells everyone to dress as beggars for a week and survive on their meagre income. Everyone gets dressed as beggars, except Anita and Prem, and begins distributing beggin’ areas. Meanwhile, Rusa (Charrul Malik) informs Tika (Vaibhav Mathur) and Tilu (Salim Zaidi) to get decked out in suits as her father is coming, but they don’t. Also, Daroga Happu Singh (Yogesh Tripathi) comes and announces that the government has asked to lock all the beggars at the help centre.”