WhizBliz
Home Bollywood Khushi Kapoor and Suhana Khan dress up in style for The Archies... 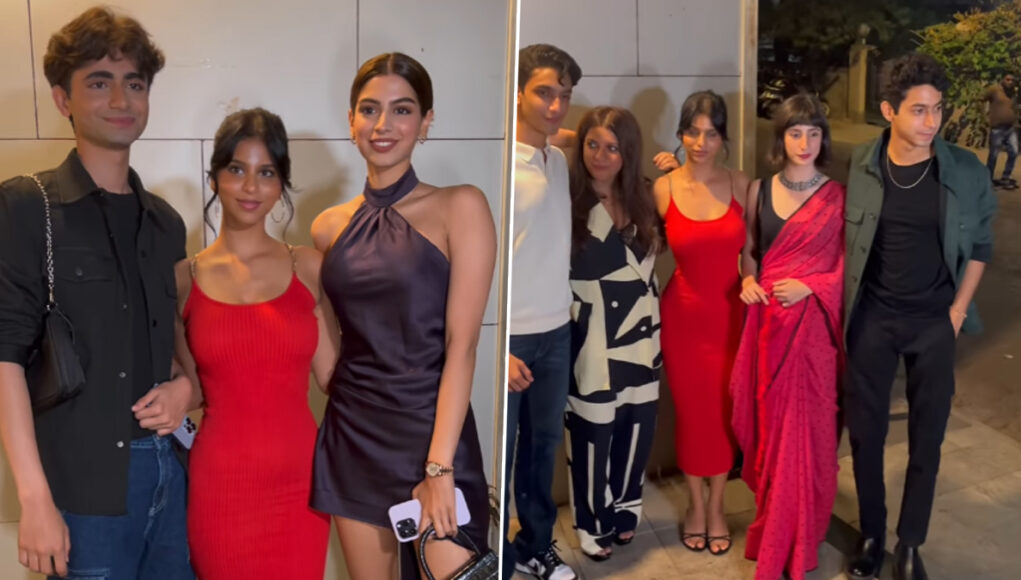 Archie comics are a symbol of love, laughter, romance and college fun non-stop. Based on the characters from Archie comics, Netflix launched an international series Riverdale which depicts life in a small town. Inspired by this, Archie Andrews and his friends have been bought on the silver screen by Zoya Akhtar.

Two Archies beauties looked gorgeous at the wrap up party in Mumbai. Khushi Kapoor wore a mini dress. It was one shoulder and had a flattering asymmetrical hem. The wrap neck with its tie collar looked chic. She wore black strappy heels and made a messy bun.

Suhana, on the other hand, wore a crimson bodycon dress which emphasized her hourglass figure. She paired it with black flats and hoops and tied her hair in a messy bun.

Yuvraj Mende was in a black tee and denims paired with a black shirt and carried a black handbag as well.

The Archies, directed by Zoya, is co-written by Reema Kagti and Ayesha Devitre. This is a musical movie set in the 1960’s. Zoya Akhtar announced the wrap up of the movie on her Instagram handle and wrote, “Archieeeeeeesssss!! Film Wrap. Best crew. Best cast. Only Gratitude.”

Netflix has also announced the wrap of this movie and captioned it, “Grab your milkshakes and say Archiesssss, because filming just wrapped and we can’t wait to see the gang on-screen!”