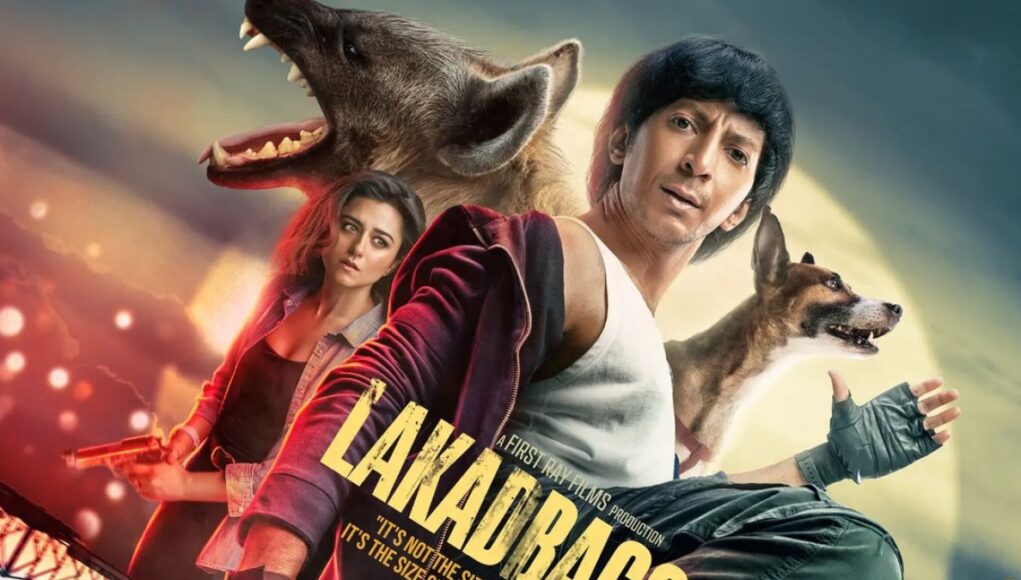 The trailer of another vigilante movie Lakadbaggha(hyena) is out, and the hero is all out to save the animal kingdom. Anshuman Jha, well-known for his role in Love Sex Aur Dhokha plays a dual role, a martial arts teacher by the day and an animal vigilante by night.

The trailer is out, and we see our hero, Arjun, who fights for those who can’t speak for themselves, that is, the animals. He stands up for street dogs and he breaks hell on all those who trouble these animals. The story is set in Kolkata where a vigilante is searching for his missing indie dog Shonku and in the process, the illegal animal trade at the Kolkata port is discovered.

Anushuman has some high-octane fight scenes with Eksha Kerung, a real-life police officer and a professional boxer from Sikkim. Milind Soman is also seen as a martial arts trainer in the movie. Directed by Victor Mukherjee, the movie is all set to hit the big screens on January 13th.

I must bring to light the fact that Anshuman has been trained by Tsahi Shemesh of Avengers cast fame in New York. The film has a French cinematographer Jean Marc Selva, Belgian composer Simon Fransquet ad has action by Ong-Bak team of Ketcha Khamphakdee.

Anshuman who is the lead in the movie said, “Arjun Bakshi is a dog’s best friend. And I am grateful to have had the opportunity to train in Krav-Maga and bring his ordinary yet extraordinary character to life. Being ordinary is a superpower.”

This movie seems to have action, thrill and a special message for all those who love animals.