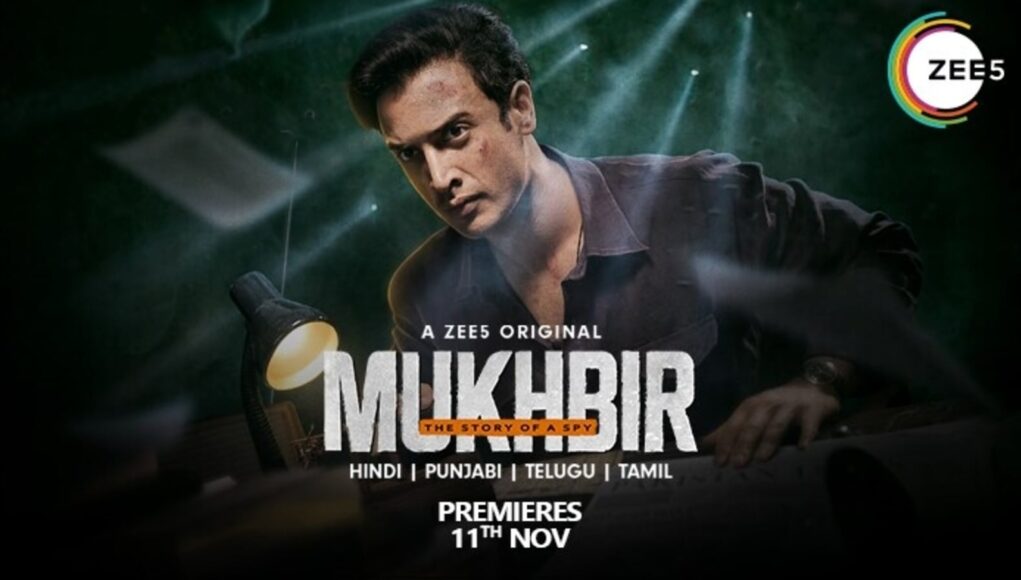 MUKHBIR- The story of a spy is a tribute to the heroes who have devoted their lives for the safety of the country. The eight-episode series focusses on the compromises these agents make for the nation. This series stars Prakash Raj, Harsh Chhaya, Barkha Sengupta, Satyadeep Mishra, Zoya Afroz among others. This series is to premiere on Zee5 on November 11,2022. ‘A spy is an unsung hero’.

Produced by Victor Tango Entertainment, the series is a tribute to the heroes who live in shadows. Adil Hussain said in a statement, “I am especially inclined towards stories which move the viewers and inspires them to go beyond the country. ‘Mukhbir’ is one such story which will appeal to every Indian across the globe. Also, it is exciting to work with the talented director duo of Shivam Nair and Jayprad Desai who have notable experience and expertise in this genre.”

The show revolves around a secret agent from India who lands in Pakistan to gather information from the enemy nation and alert the motherland by providing intelligence and by helping the country win the war. Zee5 shares, “After the Sino-India war, a highly trained Indian spy enters Pakistan on a mission to gather crucial intelligence and stop Pakistan from launching an attack against India. Will he succeed?

Mukhbir is a tribute for all the relentless, self-less efforts made for the monumental work done for protecting our motherland. The show will be available to watch in Hindi, Punjabi, Telugu and Tamil.