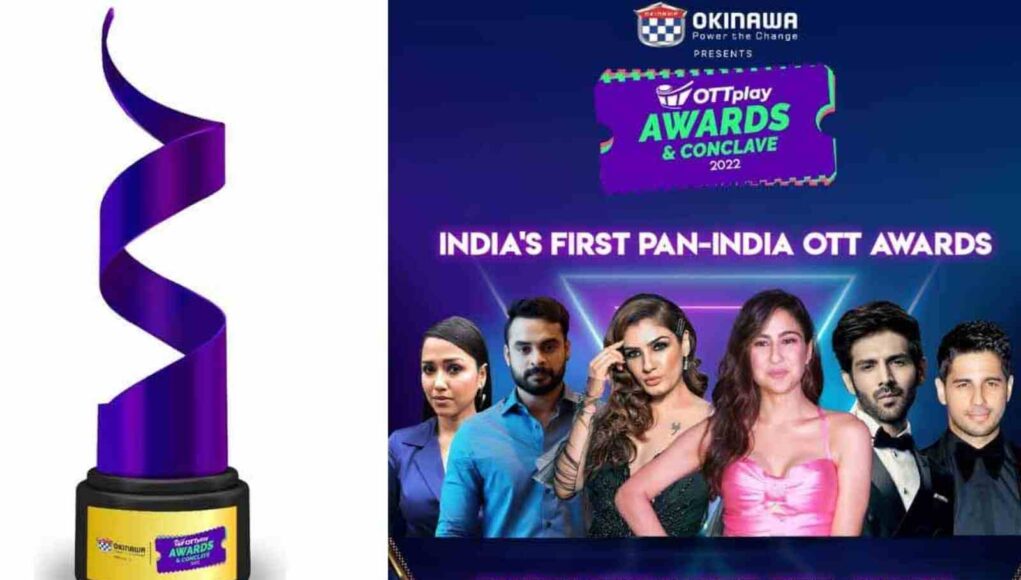 The inaugural OTT play awards were announced on Saturday, 10th September. The first ever step taken in this direction, to applaud the OTT films, actors, shows and filmmakers across the nation. These awards show appreciation and recognize those that have kept us entertained and glued to our TV sets with fantastic content throughout the year. The awards had nominees from various platforms in different languages.

These awards were selected by a jury that was set up comprising of prominent journalists and film fraternity. Shows and movies released between June 1,2021 and July 31, 2022, were entitled for the awards. The esteemed panel of jury members includes Aanand L Rai and Ashwini Iyer Tiwari and actors Divya Dutta and Aditi Hussain.

Here’s a quick update about the winners.

4. SARA ALI KHAN wins ‘Breakthrough performance of the Year’ for Atrangi Re.

7.BEST ACTOR MALE-FILM-Kartik Aaryan is the winner for Dhamaka.

8.Pa Ranjith won the Filmmaker of the Decade.

18. BEST ACTOR IN A COMIC ROLE-SERIES-Jameel Khan for Gullak 3.