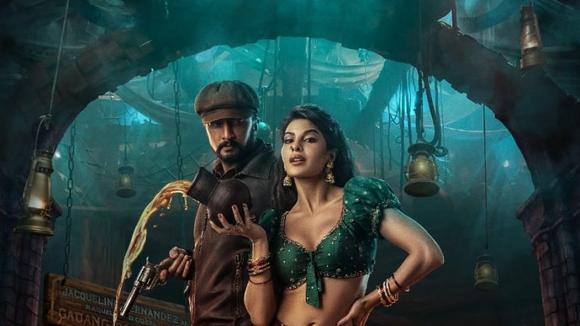 It’s tempting to go all out for film releases at times like these, but the creators of Vikrant Rona, the Kichcha Sudeep-starrer, prefer to keep to a “real theatrical release.”

Vikrant Rona, directed by Anup Bhandari and featuring Jacqueline Fernandez in a cameo, was set to be released on February 24th, making it one of the most awaited pan-India films. Are there any intentions to modify with the present weekend restriction and 50% occupancy?

According to producer Jack Manjunath, “It’s true that we’ve been getting some pretty fantastic offers for direct web releases because the film has generated a lot of excitement around the country. However, the picture has been in the works for over three years to guarantee that it is a world-class 3D release. As a result, while the current pricing is enticing, we are waiting for a genuine theatrical release to guarantee that everyone experiences our vision in the way we planned.”

The film’s production team has yet to make a decision on whether or not to postpone the release date, as they remain optimistic that existing measures will help control the virus’s spread.

They did, however, have to adjust their plans for marketing. “We had a teaser scheduled for a January 11 release, when it would have been shown with all of the major holiday releases in several languages. However, due to the majority of them delaying their releases, we were forced to adjust our plans and have postponed the publication of our teaser for the time being.”

Vikrant Rona is a 3D family story set in the past with action and adventure. Nirup Bhandari, Neeta Ashok, and Vasuki Vaibhav are among the others that make up the cast. The film will be distributed in Hindi as well as the four South Indian languages.