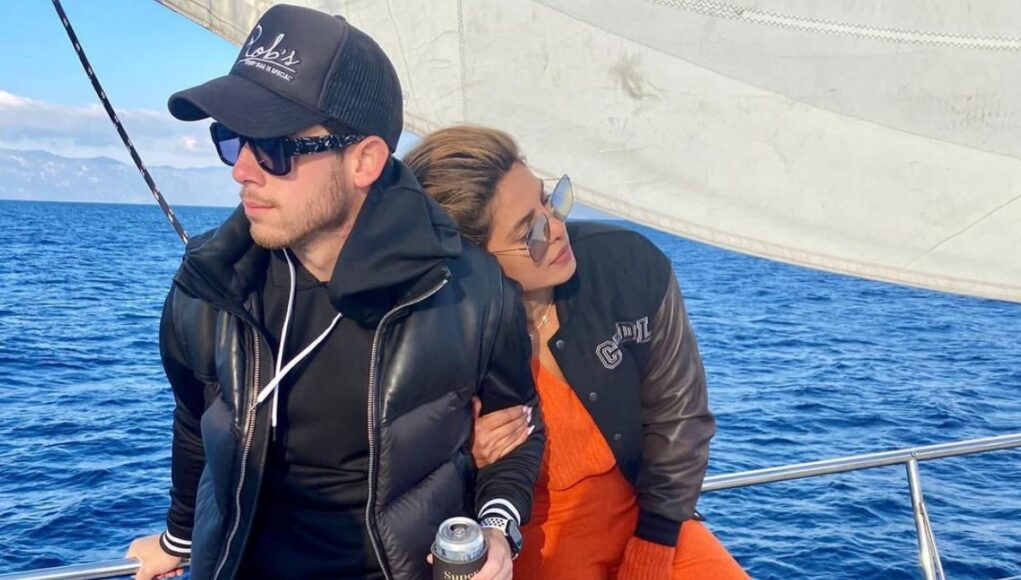 The winner of the Miss World 2000 Pagent, Priyanka Chopra is one of India’s highest-paid actresses and has won five Filmfare Awards. Our dear Priyanka Chopra and Nick Jonas are one of the cutest couples.

Priyanka joined her husband over the weekend for his Gold Championship that was held in Nevada’s Lake Tahoe. Priyanka was seen cheering for Nick as he played Golf at the American Century Championship, that also had Justin Timberlake and actor Miles Teller among the participants. She was seen wearing a white sleevless top, shorts, a blue jacket, and a cap. Nick looked handsome, wearing a dark blue t-shirt, black pants, and a cap.

Needless to say, the couple turned their trip into a magical getaway. Along with golf, Nick and Priyanka spent time on the lake. On Tuesday, Nick shared two pictures of them enjoying the sun and he captioned the pictures, “Magic Hour.” Nick is wearing a bomber jacket and Priyanka looks gorgeous in an orange outfit.

Meanwhile, on the work front, Priyanka will star in the upcoming Hollywood film, It’s All Coming Back To Me with Sam Heughan and Celine Don. Nick on the other hand, who is a part of the musical trio Jonas Brothers, started a TV show with international singer Shakira called Dancing with Myself.

Nick and Priyanka tied the knot in December 2018 and the couple is blessed with a beautiful baby girl, Malti Marie Chopra Jonas. On Friday, Priyanka shared a picture of her daughter and Tamanna, her friend, and wrote, “22 years and counting…and now with our babies..love you.”