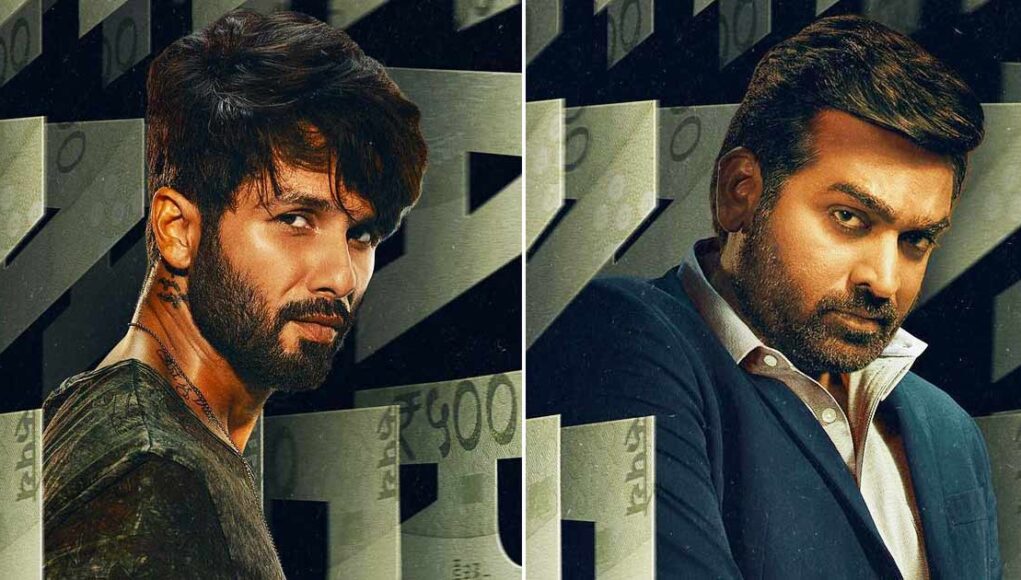 Farzi, created by duo Raj and DK, is gearing up for its release. The series features Shahid Kapoor and the award-winning popular Tamil actor Vijay Sethupathi.

In the first poster, Shahid is seen in the attire of a rugged youth dressed casually with tattoos on his neck with currency notes in the backdrop. The caption on the poster reads, “Con hai yefarzi?”

The National award winner, Vijay Sethupathi, is seen more formally dressed in navy-blue jacket and beige trousers. He shares the poster of his first -look and writes, “Here to uncover the asli behind the Farzi.”

This is an 8-episodes web series which promises to be a crime thriller, there is the business of fake currency going on that seriously affects the economy of the country.

The duo that created Family Man, have Shahid Kapoor in his debut role in OTT, he plays the role of a street artist who intends to teach the system a lesson. This seems to be a very promising role for him.

The official tagline of Farzi states, “An artist who gets pulled into the murky high stakes of a con job and a fiery task force officer on a mission to rid the country of menaces in a fast-paced, edgy one-of-a kind thriller.”

This series will premiere on Amazon Prime Video on the 10th February.