WhizBliz
Home Bollywood Seerat Kapoor opens up about Maarrich success, working on the sets and... 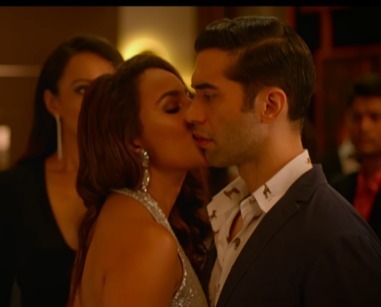 Seerat Kapoor is steadily climbing the Bollywood ladder after winning hearts with her performances in the South film industry. The actress is currently enjoying the release of her Hindi debut film, Maarrich. The thriller also stars Tusshar Kapoor and Naseeruddin Shah in lead roles. And now the actress talks about the movie’s success, Jaa Ne Jaa and fun bits from the shoot.

Seerat Kapoor, expressing her emotions about her experience working in the movie, it’s success, says, “Filming Maarrich has really been one of the most surreal experiences. I am so grateful for all the love and appreciation our film has received. Extending my warmest regards to the audience for showering Maarrich with utmost love and positivity”

While talking about her introductory song, the actress added, “Jaa Ne Jaa’ introduces my character Reena into the story, so it is through the song at first that one begins to understand more about Reena’s personality.
This track is choreographed by my dance mentor Ashley Lobo, who set the tone right for Reena, understanding her uniqueness and sensuality.
Jaane jaa is composed by the extremely versatile and gifted Amaal Mallik and my childhood inspiration, Singer Sunidhi Chauhan. I couldn’t believe my ears on hearing that this would be a jazz vibe. Literally for me, Life came a full circle”

Every time Seerat is on the screen, it’s hard to take our eyes off her.
If you haven’t seen the movie yet, grab some popcorn and run to your nearest theater.