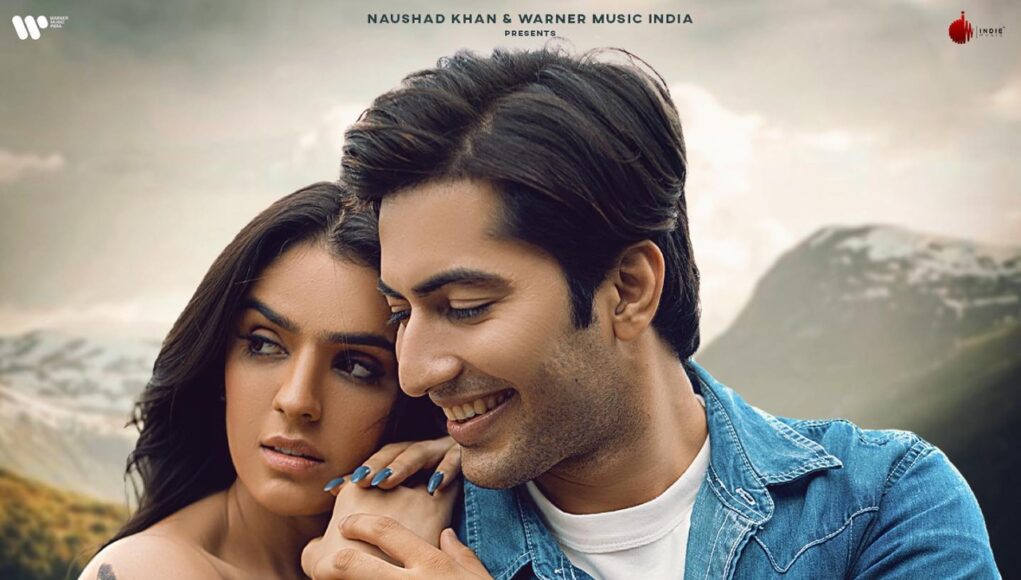 Even if music has changed throughout the years, we all still like a good, heartfelt song that we can connect with. And now, Sidhika is set to star alongside Akshay Kharodia in a romantic single sung by Neeti Mohan. The music videos is produced by Indie Music Label and Warner Music India and helmed by Jasmen Oza.

Sidhika Sharma has captured one and all since she began her acting debut. Sidhika has captured the public’s attention with her alluring personality. Hailing from Punjab, Sidhika Sharma has starred in some prodigious music videos and recently worked alongside Ammy Virk in Oye Makhna. And now the actress is here to leave the audience in tears with her performance in this new romantic single. The song is all about selfless, true love. The actress took to Instagram and shared the poster of her song with the caption, “True love is selfless. It is prepared to sacrifice ❤️.” In the poster, we can see Sidhika Sharma and Akshay Kharodia sharing a sweet moment. Sidhika looks breathtaking in a white off-shoulder crop top and glamorous makeup look.

Sidhika also expressed her joy by saying, “ I’ve always wanted to be a part of magical projects packed with drama, music, and emotions! Featuring in a music video demands not just dancing but also expressing the right emotions. Working with a group of people this brilliant and encouraging was a truly great experience. I’m very grateful and excited to be a part of this beautiful song and I hope my fans love it”

Check out the photo now,

We can’t wait to fall in love with Sidhika all over again.

On the work front, Sidhika Sharma was seen in ‘Sau Sau Wari Khat Likhe’ alongside Omkar Kapoor. She was also seen in a music video with Kaushal Tandon in Yaad Jab Aati Hai. Apart from that Sidhika Sharma did numerous songs like Manazoor Bewafaiyan, Chan Nalon Sohna with Gippy Garewal, and many more. She will also be soon seen on screen in Bollywood, which she will disclose soon. There are many more projects under the pipeline for this actor, which will be announced soon.