WhizBliz
Home Bollywood “The year 2022 has been really exciting satisfying and full of gratitude”,... 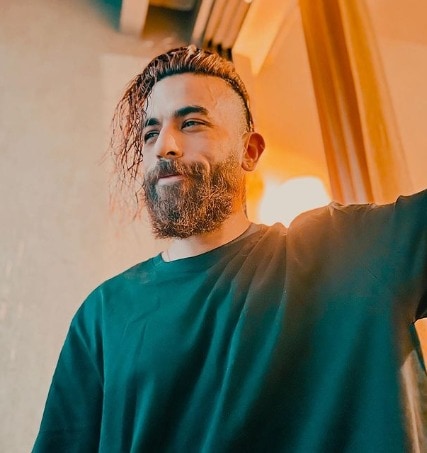 Vaarun Bhagat has captivated audiences with his performances in Undekhi, Udan Patolas, and now Aar Ya Paar. And as the year inches toward its end, Vaarun expressed gratitude to his fans and well-wishers.

Vaarun Bhagat has been the talk of the town for quite some time now. All thanks to his exceptional performances, charm, and, well, good looks! The actor has been gaining popularity each day. From the release of his 3 shows and his portraying such versatile roles, we can surely say, it’s been a fruitful year for the actor. And while expressing his gratitude and opening up about his year, Vaarun said, “There have been a lot of moments to be grateful for this year. It started with a bang, hopefully, it will end with a bang.”

The actor further went on to say, “I was working on 3 projects, I am very happy that 3 of my shows were released this year and I had the opportunity to play very different parts in each of them. I went to places like Azerbaijan, Baku this is probably the perks of doing what I do. It’s always extremely satisfying when your hard work pays off. I genuinely did not expect such a reception from people for both of my shows. It makes me feel really grateful and motivates me to push myself even further. The year 2022 has been really exciting satisfying and full of gratitude”

Definitely Vaarun had a great year and we wish that 2023 also turns out to be a fantastic year for him
https://www.instagram.com/vaarunbhagat27/?hl=en

On the work front, Vaarun Bhagat will be soon seen in Sidharth Sengupta’s next Hotstar series, ‘Aar ya Paar.” Vaarun Bhagat was also seen in Udan Patolas, which was released on Amazon Mini TV. There are a few more things in the pipeline for the actor, which will be announced soon