WhizBliz
Home Bollywood Urvashi Rautela sets the stage on fire with her performance with Boss... 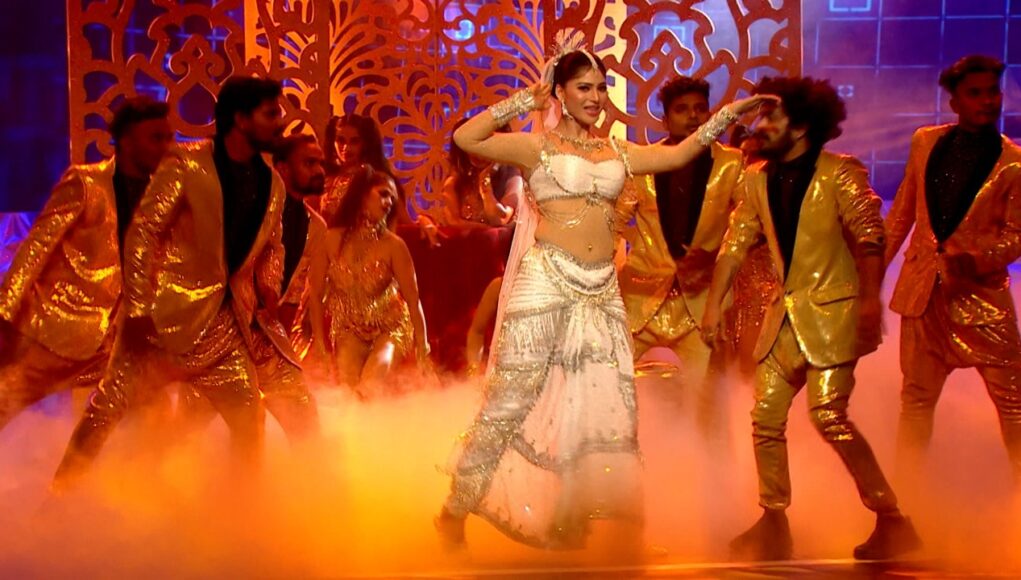 Urvashi Rautela who is Bollywood’s youngest superstar and the highest-paid actress has always made the audience go stunned with her scintillating beauty and appearances. The actress has proved her versatility in the industry because of her immense hard work and dedication. The actress has yet again made our hearts skip a bit as she shook legs on her most famous song Boss Party at the Santosham awards that took place recently in Hyderabad

Many celebrities from the Tollywood industry graced their presence at the award ceremony, and Urvashi was one of the actresses who performed there in front of the massive crowd on her most famous and recent party anthem of the year, Boss Party, where she is seen shaking the legs on the hook step of the song, Urvashi looked stunning as she had donned a completely beige embellished dress that had hanging tassels and designs all over, With her hair tied up in a ponytail and glam makeup, the actress grabbed the eyeballs. Urvashi’s dance moves stole the hearts of many audiences with her performance over the song from her upcoming film Walteer Veriyaa, and we couldn’t take our eyes off as she performed with such grace and ease.

Check out the video now,
https://www.instagram.com/p/Cmqqbavou1m/?hl=en

No matter what, Urvashi makes sure that whenever the actress goes, she grabs the entire limelight, and that is what she did at the Santosham Awards that took place in Hyderabad.