WhizBliz
Home Viral Jawed Habib’s video of him spitting on a woman’s hair has gone... 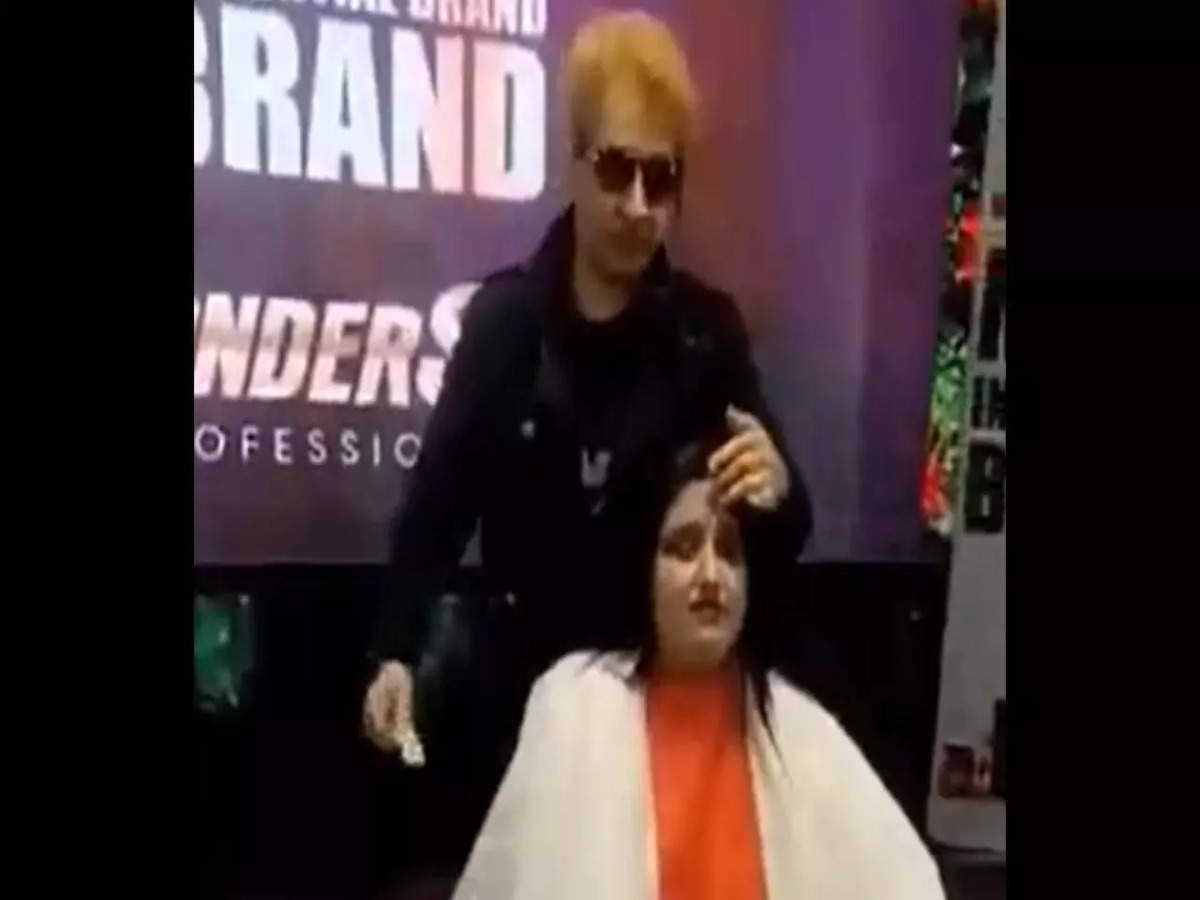 During a session, a video showing famous hairdresser Jawed Habib using his spit to style a woman’s hair went viral on Twitter, drawing harsh criticism. On Thursday, the National Commission for Women said it was aware of the event and that chairman Rekha Sharma had written to the UP DGP asking him to examine the viral video’s validity and take necessary action.

“The event has been reported to @NCWIndia. @sharmarekha, the chairperson, has written to @dgpup, requesting that they examine the truth of this viral video quickly and take appropriate action. The Commission must be informed of the action taken as soon as possible “In a tweet, it stated. Muzzaffarnagar, Uttar Pradesh, hosted the workshop. The viral video’s validity was not independently verified.

Jawed Habib can be seen separating the woman’s hair with his saliva in the vial video and saying, “If you don’t have water…this spit has life.” Audience reactions were immediate, but they quickly changed into deafening cheers.

On social media, another video of the woman telling her ordeal has surfaced. She identified herself as Pooja Gupta, the proprietor of a beauty parlour, in that video. “I went to Jawed Habib sir’s workshop the other day. He asked me onto the stage to get a haircut, but he misbehaved with me. If you don’t have any water in your parlour, he says you may use spit. My haircut was not completed. I’ll go to my neighbourhood barber and get my hair trimmed instead of going to Habib’s “Pooja Gupta expressed her thoughts.

The woman stated in a television interview, “I went to the session in order to get knowledge. But he was deafeningly deaf He then summoned me to the stage to provide a hair-cutting demonstration. I complained and indicated I had cervical concerns as he pushed my head. Then he spat on my hair twice and told me that I could spit if I didn’t have any water in my mouth. The video was shot by my spouse. Habib’s aide stated he was only kidding after I left the stage.”