WhizBliz
Home Viral WATCH a humorous video of a girl falling in muddy water while... 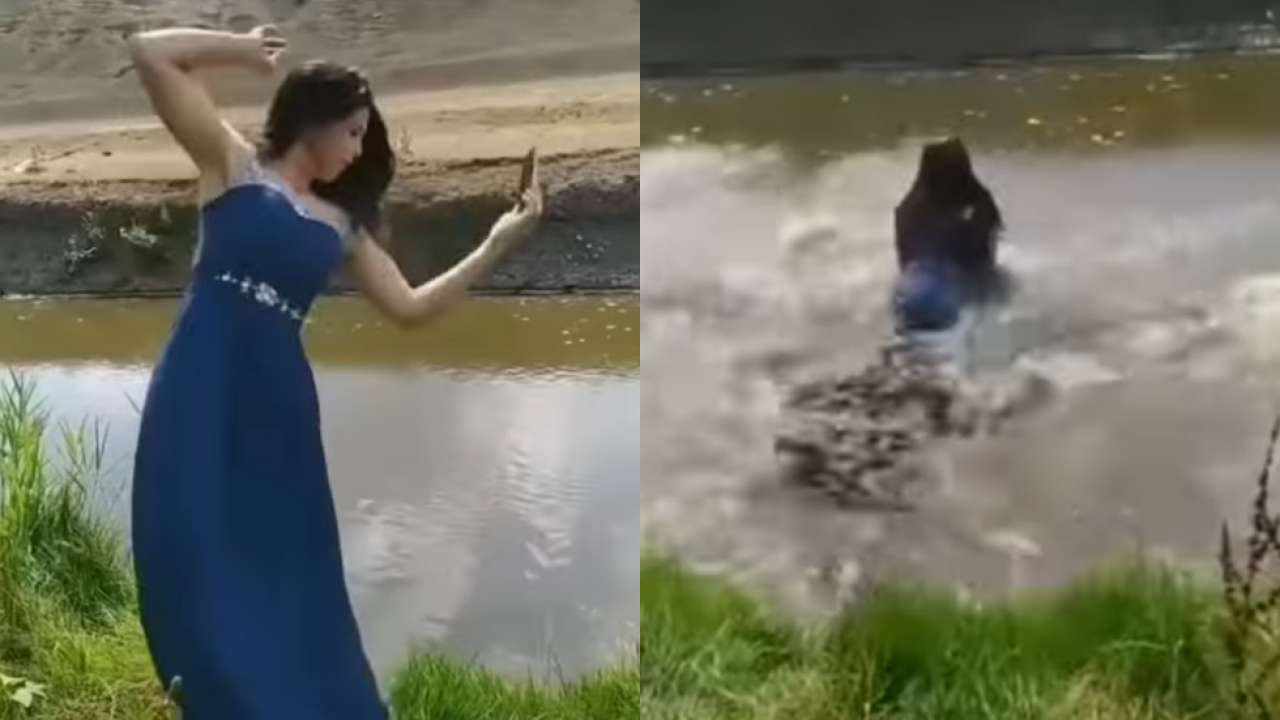 Wedding videos have recently become very popular on social media. People post it on their social media sites, and it quickly becomes viral. However, a video is presently circulating on Instagram that will make you laugh like you’ve never laughed before. In this video, a selfie goes horribly wrong in a humorous way.

A girl clad in a blue gown and black shoes can be seen trying to take a selfie on the river’s brink in the funny footage. The girl was so preoccupied in taking a picture that she didn’t notice when she lost her balance and fell into the murky water.

A user named ‘hephul5’ published the video on Instagram, and it has received over 9000 likes and hundreds of comments thus far. “Very sweet,” said one of the individuals who commented on the video.

Another similar video had gone viral recently that had a woman getting a photoshoot done in an exotic location. The woman can be seen in the video wearing a long pink saree and getting her hair done by the river. She then walked up to a swing dangling over the water body, but as soon as she moved a bit on the swing, the ropes it was suspended on fell way, and the shoot was a complete failure. A user entitled ‘punjabi industry_’ posted the footage to Instagram. “Wait for it,” the page captioned the video, with laughing emojis.