WhizBliz
Home BTS World What RM, Jungkook, J-Hope, Jin, Jimin, Suga, and V Do During Their... 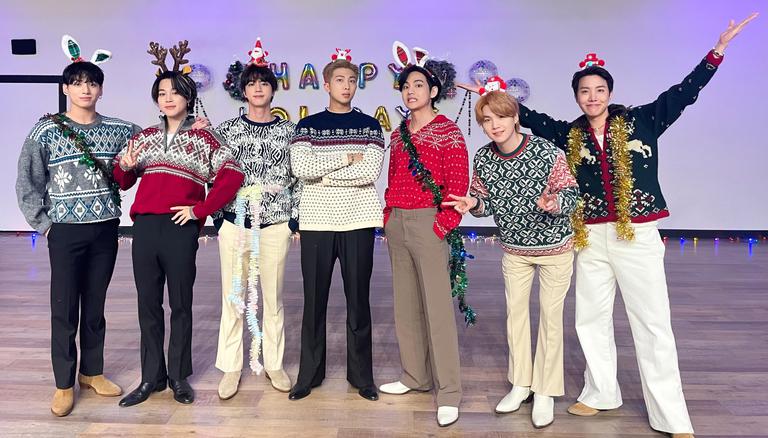 After their BTS Permission to Dance on Stage concert in Los Angeles, the South Korean boy band BTS took a little vacation. Since their debut, the members have not spent the holidays with their families, according to their management. As a result, the band took a sabbatical, but they continue to keep their fans amused.

During the break, all seven of them joined Instagram and have been sharing photos and videos ever since. Here’s what each member of BTS is up to current days.

Jin, the band’s oldest member, got a year older on December 4, 2021. Earlier this week, the singer was the first member to debut his artist-made items. Jin’s Good Day and Bad Day pyjamas and cushions were launched in his collection.

RM was the second to show off his new goods, which he created himself. The band’s leader built a bungeo-ppang wind chime and released it. He also showed two pairs of black and grey jogging pants.

Jungkook presently has a staggering 29.2 million Instagram followers. The musician greeted the year 2022 with his dogs and shared a photo with them. Jungkook set a Guinness World Record for the fastest one million likes on a post. In barely two minutes, he had a million likes.

During the downtime, J-hope has been an active Instagram user, updating his followers on his distinct style and clothing. Apart from that, the singer wished everyone a happy new year in 2021. During the holiday season, he allegedly contributed 100 million Korean won (about $84,000) to underprivileged children.

Despite the fact that the footage was from a previous event, BANGTANTV released another BANGTAN Bomb including Jimin’s warm-up routine. RM referred to the singer’s hands as a helicopter as they whirled at a high pace. Jimin also has 27.2 million Instagram followers.

By the end of last year, every member of BTS had joined Instagram. Suga, a member of BTS, has a photo-sharing site following of over 25.4 million people. He also said that he enjoys sunsets, as seen by multiple photos on his Instagram feed.

The song Christmas Tree by BTS member V was just released as part of the South Korean romance drama serial Our Beloved Summer. During his holiday vacation, the singer also set a number of records. After his debut, he became the quickest celebrity to gain not just 1 but also 10 million Instagram followers.